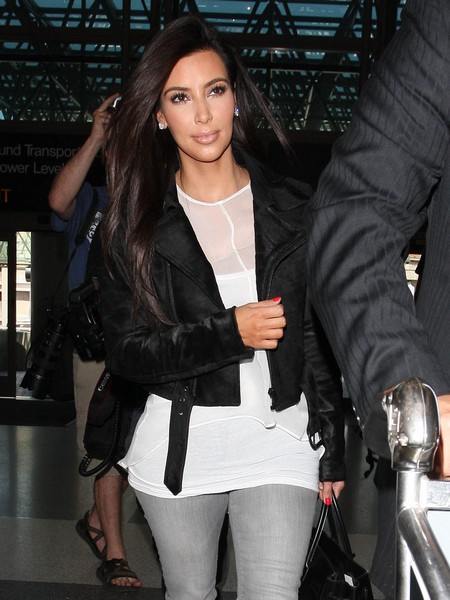 The story that Kanye West posted Kim Kardashian, his latest girlfriend’s, nude picture on Twitter has been spreading like wildfire. The picture was supposedly taken while Kim was having her breakfast at an hotel – she was eating a banana – innuendo right?

Kanye quickly removed the picture from the site but apparently not quick enough since almost everyone on Twitter and the Internet  has gotten the picture. While neither Kim nor Kanye has confirmed if the picture is truly hers or not, Kanye’s rep has this to say: “This phantom tweet never occurred on his account. This is obviously the desperate, sad act of someone seeking to gain media exposure by exploiting Kanye’s notoriety.  Kanye doesn’t even know this person, has never seen this picture, and hasn’t been on his Twitter account for a day.  It’s a shame that in our media culture, the rampant spread of this kind of irresponsible ‘reporting’ occurs with such regularity and with such impunity.”

As evidence, she showed the back dimple piercings, to prove that she is in fact the one saying “I can’t believe how even after the proof has been presented, there’s still a few who are stuck on stupid..congrats, you’re special,” on Twitter.

Guess what folks – Kanye doesn’t need to spread Kim’s naked ass around on Twitter – she is too busy doing it herself.  Besides – if you want to see more nude Kim than you can stomach just buy her sex tape with Ray J.