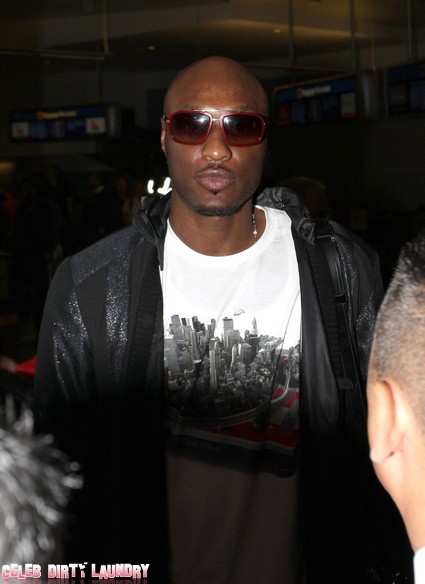 Lamar Odom has been dropped like a loser from the Dallas Mavericks and sent down to the NBA’s version of the minor leagues – they call it the NBA Developmental League. The husband of Khloe Kardashian was traded from the L.A. Lakers this season and the couple moved off to Dallas. Lamar is no doubt suffering from being around that Kardashian/Jenner gang where all men are reduced to lower forms of life. Good thing the Mavs are still paying Lamar his overly generous $8.9 million annual salary or he would be even more dependant on the Kardashians. Maybe Lamar will grow a brain and free himself of the Kardashian curse.

Kim Kardashian already killed her NBA player – Kris Humphries – what chance does Lamar have in the midst of those evil bitches… I meant witches.

Lamar Odom has been dropped from the Dallas Mavericks roster and sent down to the NBA Developmental League… in the midst of his worst season as an NBA player.

The Mavs have assigned Odom to play for the Texas Legends … which means he’s officially off the Mavericks roster … but will still receive his $8.9 million annual salary.

According to ESPN, Odom was dropped to the D-League to “get his legs back under him.”

Odom had missed a few games to deal with family issues back in L.A. Odom’s father said the NBA star took care of him during a recent stomach illness.

Odom has struggled immensely ever since he was traded away from the Lakers at the beginning of the season … and turned in career low stats with the Mavs.

Lamar has only himself to blame for this – although he probably doesn’t think so. A professional athlete needs to be an athlete – not a trained lap-dog to a famewhore like Khloe Kardashian. As long as Lamar stays with Khloe and continues playing the Kardashian game his NBA career will falter.

Do you think that to much Kardashian nonsense is the reason Lamar’s basketball sucks these days? Does Lamar need to focus on his basketball game and forget stupid reality shows? Can any man survive amongst the Kardashian sisters and their momanager Kris Jenner? Let us know what you think in the comments below.