Kate Hudson: Lea Michele’s ‘A Nightmare’ To Work With! 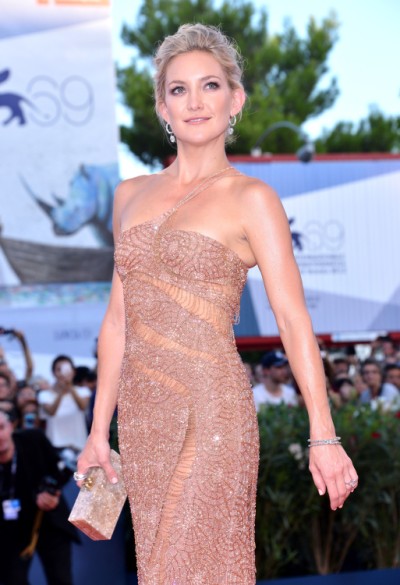 Life is imitating art on the Glee set. On a new commercial hyping Kate Hudson’s six-episode guest appearance, Lea Michele’s character pouts as Hudson gyrates all over the floor and says, “I really, really can’t stand her.” Well, the feeling is apparently mutual… for reals.

Us Weekly reports that Kate Hudson and Lea Michele won’t be going out for lunch anytime soon. Kate called Lea a “total diva”. “Kate says Lea is a nightmare. Once, during a technical delay, Lea snapped her fingers and said, ‘Let’s go. I have plans!'” a source said, adding. “Kate’s keeping her distance.”

The season 4 premier debuts September 13 and Kate plays a dance instructor to Lea’s Rachel at the New York Academy for Dramatic Arts. Kate actually has a history with song and dance. She starred opposite Daniel Day-Lewis in 2009’s Nine, and although the movie got critically panned, her performance as a go-go dancing reporter was one of the lonely highlights. Is Lea just jealous?

She didn’t seem that way at first. Earlier this year at Comic-Con Lea was asked about the Oscar nominee’s guest spot and gushed to ET Canada, “I am so excited! OMG! I’m so obsessed with her. I love her! She’s one of the greatest comedic actresses right now and I just think she’s so great… so I can’t wait to work with her.”

But is Kate Hudson one of those people you can only really love at a distance? She’s adorable and bubbly and skinny and always seems so damned happy! That’s got to be hard to be around for other girls – especially ones with self-esteem issues like Lea. Kate Hudson’s in the Gwyneth Paltrow /Stella McCartney click. These women know how to ooze confidence, or at the very least, fake it so hard you can’t tell the difference. I wonder if Leo gets so insecure when these A-listers come around that she acts all divalicious to prove a point. Honey, that ain’t going to work with those women. Even though they’re using your show to help their fledgling careers they still feel like they’re doing you the favor. Throwing some Mariah Carey-type tantrums is not going to change their minds. They might be doing TV but to women like Gwyneth and Kate, Lea will always just be a TV actress. And with Lea Michele… you feel she knows that and that’s the problem.

Do you believe Lea Michele is a diva on the Glee set? Do you think she’s just lashing out because she’s jealous of all the A-list celebrities coming in and getting all the attention as they use her show to help their careers? 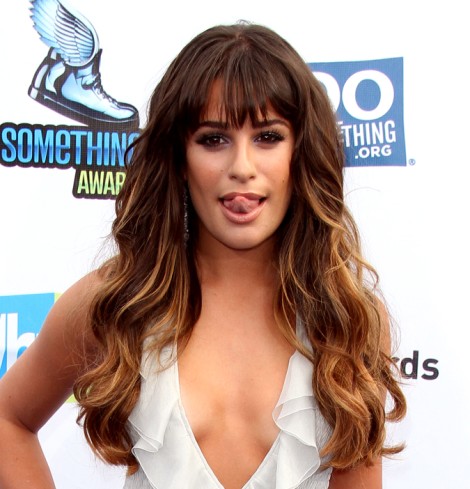