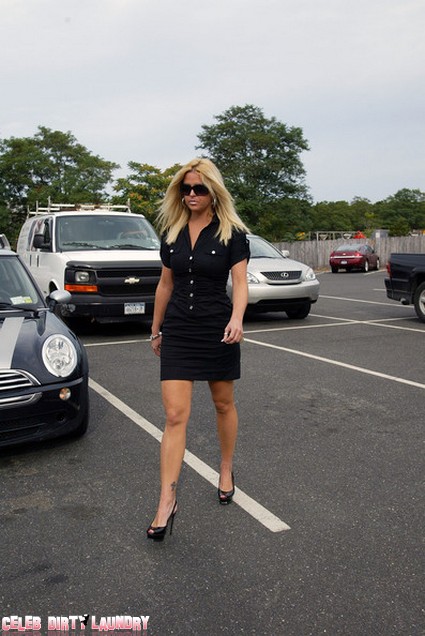 As everybody knows, Kate Major is the infamous ex-girlfriend of Michael Lohan with a big drinking problem. Well early this morning Kate was up to her old tricks and was arrested in Boca Raton, FL for battery and resiting arrest with violence

At this point it is unclear weather Michael Lohan was involved in the incident – the two have a restraining order in place prohibiting any contact whatsoever and Michael is currently in Florida – according to TMZ. Michael is recovering from heart surgery and wouldn’t seem to be in shape for more battling just yet. Papa Lohan was famously arrested twice last year stemming from altercations with Kate and ended up spending time locked up in solitary confinement as a consequence.

TMZ reports that Kate was booked into jail at 3:10 AM. She is being held on charges of battery, battery against an officer, EMT, or firefighter, and resisting an officer with violence.

Kate was arrested in November for a drunken brawl she had with another passenger on an airplane but charges were not filed. She is not going to be as lucky this time. After her last arrest Kate checked into rehab but obviously her attempt at cleaning up was useless. Checking herself out of rehab only last week she already is in serious trouble. Someone needs to explain to this idiot that rehab only works if you stay sober!