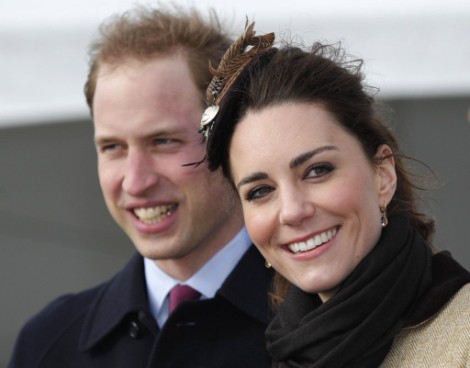 This story was taken from one of the tabloids so it’s 99.9% probably, completely full of shit. Kate Middleton’s not moving out on Prince William. She’s in this for the long haul. But then I thought about it for a second. Kate Middleton is finally getting the hell out of Angelsey and moving into her refurbished Kensington digs soon. Good bye Tesco. Hello High Street. So now this tab story makes complete sense and is only 00.1% probably, completely full of shit. Kate’s old, common life involved London and a lot of shopping and waiting. I’d miss that too if I was stuck in North Wales!

This is similar to the story Now magazine ran yesterday in which Kate laid down the law to William and said she would NOT raise her children alone so he had to quit the RAF so they could move to Kensington and raise babies together will no pesky jobs to get in the way. Basically Kate used her unborn children as an excuse to get out of Wales. Can’t blame her there.

So as an homage to Anglesey I attached some pics of Kate and William during one of her first public appearances there when she renamed a ship or something. She needs to look at these pics. The eyebrows are so less disturbing. Maybe her eyebrows are like mood rings, the darker they get, the more sinister her surroundings. Maybe she should stay in Anglesea a little while longer….

Are you excited for Kate Middleton to move to London? I’m on vacation next week and making a stop there for a few days. I won’t be back for a week so contain yourselves. I might just do some stalking so she better be taking one of her covert shopping trips. I have this daydream where we both find ourselves at the same store and grab for the same blouse but I let her have it because I’m so magnanimous but we both end up trying it on and she says it looks better on me and I agree. Could totally happen.