Kate Middleton To Be Next Queen Of England, Camilla Parker-Bowles Officially Passed Over! 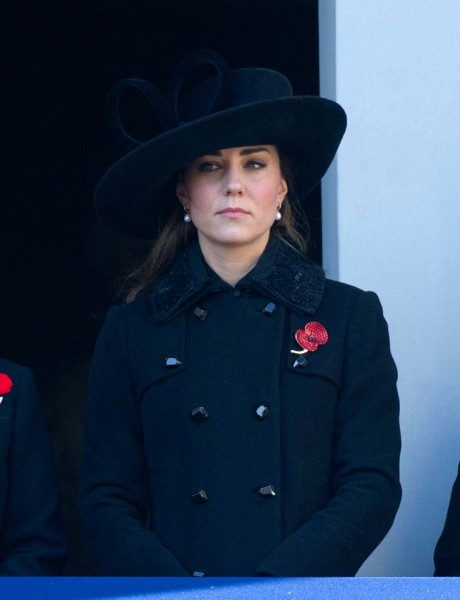 So this explains all the sack dresses! I’d figured that Camilla Parker-Bowles had given up on caring if she ever heard Queen Camilla shouted from the balconies but it turns out Prince Charles has finally conceded his long-held wish as well. And the Prince of Wales is quietly letting the world know in the most efficient of fashions – the Frequented Asked Questions section of his new official website!

In response to the question, “Will The Duchess become Queen with The Prince becomes King?” the site curtly answers, “As was explained at the time of their wedding in April 2005, it is intended that The Duchess will be known as HRH The Princess Consort when The Prince of Wales accedes to The Throne.”

So what gives Charlie? Why did you give up? Apparently he’s been jockeying hard over the past couple years for his wife to be Queen but Tom Sykes over at the Daily Beast thinks just because people don’t look at Camilla and want to rip her mistressy eyes out anymore doesn’t mean they want her to represent the nation. She’s divorced and people still love their Diana. And now Kate’s around. The world has their glamorous Queen-in-waiting and it most certainly is not I love my scotch straight up Camilla Parker-Bowles.

So… long live Queen Kate Middleton? There’s no one in her way now. She’s the next in line to wear that crown. Is that why she was so serious yesterday at the Remembrance Ceremony? Charles and Camilla are still on their royal tour so Kate and William (along with Sophie, the Countess of Wessex) took center stage along with Queen Elizabeth and Prince Philip during the ceremony. I’m not sure if you remember last year but Kate got b-tch slapped by royal watchers for giggling up a royal storm the entire time. The Queen must have told her to lose the maniacal grin this time around because she was super solemn with the Mirror even saying she was crying. I didn’t see tears. What I did see were two fat slugs above her eyes. Holy eyebrows Batman! What the hell? One commenter in one of the tabs had me laughing because he said it was good Kate had on her serious eyebrows for the occasion. That’s exactly what they were. Serious ass eyebrows! Take a look below. Serious ass eyebrows!

Maybe the new tough exterior is for the Queen’s benefit? Everyone knows now that Camilla’s getting passed over and Kate is nothing if not serious about her royal duties especially since she will be the Next Queen. Kate Middleton may have flashed her boobies but I have a feeling that’s the last royal nip slip up we’ll see from her for a very long time. Now all we need is that baby and Kate Middleton will be all set!

Are you surprised by Prince Charles’ concession? Did you expect Camilla to be Queen?