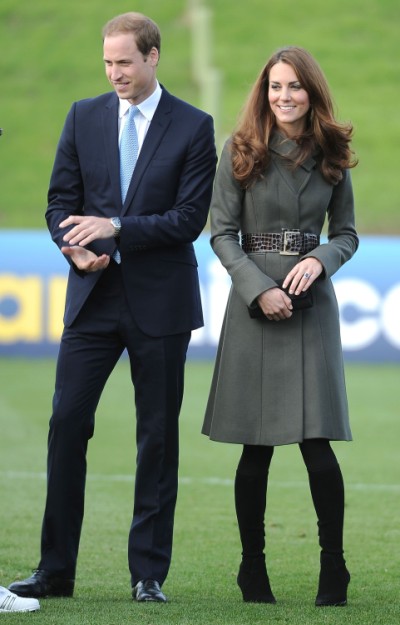 Prince William is this much closer to catching the man who besmirched the honor of his (relatively) new bride and made Kate Middleton’s boobs the hot topic of the summer – along with Prince Harry’s junk. God, I miss the summer! Apparently, French authorities have been tipped off and given the name of the photographer who stole Kate’s dignity while on vacation a couple months ago.

According to the UK Mirror: “The authorities had been seeking the identity of the snapper – understood to be a man – since Prince William launched a criminal complaint in Paris. It is believed up to 200 intimate shots were taken of the Duchess of Cambridge.

“The paparazzo is now likely to face a police grilling. If found guilty of taking the pictures of Kate on the balcony of a holiday chateau in Provence, he could be jailed for up to one year and fined £36,000 for breach of privacy.

“A royal source said: ‘William and Kate are ­determined to bring the ­person who took those photos to ­justice and they’re pushing hard for a ­custodial sentence. They want to make an example of this person.'”

I kinda didn’t want them to find this photographer. It seems unfair that, if caught and sentenced, he could go to jail for essentially doing his job. Closer magazine’s editor, Laurence Pieau has already come out and said the mag hired the freelance photographer to stake out the couple on vacation and take these pics, so if anyone should be made an example of, it should be the magazine. I’m going to have to really think long and hard about my embarrassing sycophantic adoration for the royal couple if they stand by and let this naked photo scandal photographer get sentenced to a year in prison. I get the example bit but give the dude a slap on the wrist for christ’s sake! This isn’t a soapbox or anything but there’s war and famine and injustice all over the world and you want to persecute a guy for taking pictures of your wife’s boobs and vadge from a public road? I’m just saying… what else do you royals have to do with your time?