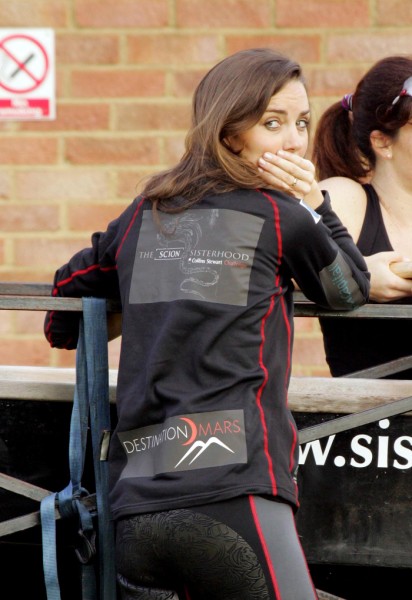 Prince William and Kate Middleton can point the finger at France all they want but it turns out their betrayal was much closer to home. In an ironic turn of events, the photographer who snapped the future Queen of England sunbathing topless in Provence was actually British and commissioned by Closer magazine to spy.

According to The Mirror, French paparazzo Pascal Rostain claims an Englishman living in the south of France is behind the scandal but sadly didn’t get paid that much for his trouble. “These photos were taken on the orders of Closer, who asked him to sit around for several days to take them. For his efforts he did not earn a lot. He could have sold them for 10,000 euros. But in fact he was just paid his wages for going to take them. He didn’t put them on the open market either, where he could have earned a lot more.”

William and Kate won the injunction preventing Closer from further publishing or selling the pics (although it’s a little late for that). However, in his tyrannical rage, William is still launching a criminal investigation against the photographer who could wind up in jail or face a £36,000 fine. That seems excessive to me. No one died. William should start pointing the finger at his own negligence.

So does a British photographer make the pictures any worse? I definitely think so. William and Kate got a little holier than thou about the pictures so the irony of a British paparazzo is not lost on me. Getting betrayed by one of your own is much worse than by a foreigner – let alone a Frenchman.

There’s even beginning to be some backlash now that the smoke has cleared and everybody has moved on. The Telegraph had an interesting story today about how questions are being asked around the Palace if William was too knee jerk over dragging his mother’s memory into the news and whether he created more of a scandal then there really was. The newspaper described him as having a short temper. Very interesting…. Is this how William is going to be? He always seems so methodical but apparently he’s a little bit of a hot head. And I know you’re going to say “But he was just trying to protect his wife blah blah blah blurg!” Let’s call a spade a spade. Wills had a royal tantrum because he and his darling wife f-cked up and he couldn’t control the situation and now Grandma is making him explain himself. I have a feeling Will is pouting in Anglesea right now. We won’t be seeing him or Kate for awhile. But it was bound to happen. The golden couple were due for their first scandal and I’m not so sure William handled it well. Kate did marvelously. Perhaps William should start looking to his wife for examples of grace under pressure. She’s actually been perfecting her routine for the past decade. The parapazzi have always had to be respectful and keep a steady distance from William. Kate has never been so lucky but all those years finally paid off!

Do you think it matters that the peeping photographer behind the topless pics is British? How has William handled the scandal? Is he taking the criminal investigation too far?