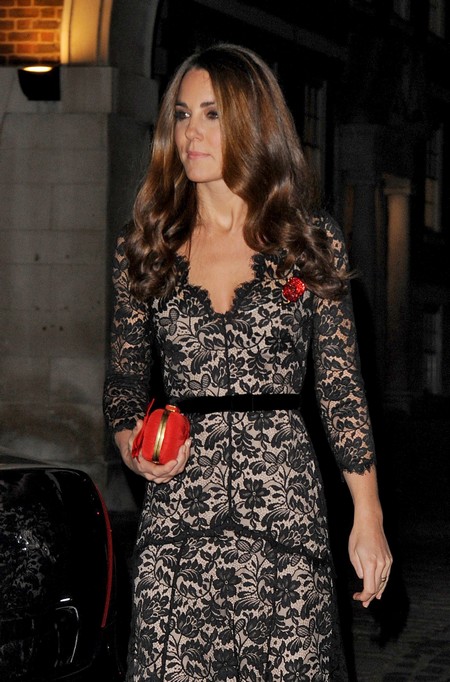 As we reported earlier this week Queen Elizabeth has begged Kate Middleton to produce a baby and royal heir.  The Queen is in poor health and wants to see the monarchy secured during her lifetime.  GLOBE reports that Queen Elizabeth has promised Kate and Prince William that if they can produce a baby she will change her mind and make William her heir.  Currently her son, the disgraced adulterer Prince Charles, is set to succeed his mom but that could change as soon as Kate starts showing that royal baby bump!

The Queen no longer trusts Charles greedy wife, Camilla Parker-Bowles, who was recently forced into a detox facility for her alcoholism.  Elizabeth knows only too well how dangerous it will be for the monarchy’s future should a ‘Queen Camilla’ ever sit with Charles as ruler of the glorious British Empire.  In fact, as you will read below, 90% of those recently polled said they didn’t want a Queen Camilla.  And who can blame them?

Camilla seduced Charles away from William and Prince Harry’s mom, the popular Princess Diana, and carried on a raging and debauched sexual affair with the married Prince while she was still married to Andrew Parker-Bowles – hardly what is expected of a potential Queen. This trashy behavior led to Charles and Di’s divorce, throwing the monarchy into general disrepute. Camilla was the seen as the villain (the woman tends to get the blame, doesn’t she?) and only marvelous Kate marrying virtuous Will has helped restore respect and admiration for the British Royal Family and the institution of the Monarchy.

With this background it is not difficult to understand why Queen Elizabeth is so desperate for Kate to get pregnant – she wants her darling grandson on the throne!  Not to mention that Prince Philip hates creepy Camilla with a passion and has ordered Charles to divorce the lush.  Philip is also pushing his wife to bypass Charles and Camilla as soon as Kate has a baby.  The stakes are enormous and one can only imagine that the royal fertility specialists are working overtime to get the job done, as must be Will!

Now the 30-year-old Royals are praying the Queen, beset by serious heart problems, lives long enough to hold their baby-and keep her vow to Kate to pass the crown to William.

“William holds a very special place in his grandmother’s heart,” an insider reveals. “She wants to see him happy and she wants to live long enough to see another heir to the throne. The Queen is pleading with them to have a baby.”

“She’s also become very close to Kate and told her, ‘I’m not sure how much longer I have, but my dream is to see you and William as parents.’”

The source adds her Majesty also made it very clear shall reverse her decision to hand the crown to her son Charles, dashing his second wife Camilla’s desperate desire to be Queen – but only if Kate gets pregnant soon!

“Elizabeth’s precarious health is causing grave concerns,” says one insider. “But foremost on her mind is the future of the monarchy. Her Majesty has become suspicious of Camilla and wants to bypass Charles.”

“She’s also aware that 9/10 British people polled by a leading newspaper said that they didn’t want a Queen Camilla.”

“After going back and forth on the issue, Elizabeth has decided William and Kate would provide the nation with a much-needed tonic-and their baby will safeguard the monarchy for generations to come.”

There you have it.  GLOBE has more details on these internecine palace manoeuvers in the print edition on newsstands now.  We are all hoping for the announcement of a Kate’s pregnancy soon!  Nobody likes cruel Camilla and she certainly doesn’t deserve to be Queen.  What do you think?  Let us know in the comments below.

Is it just me or has anyone else noticed that William seems to have more hair?