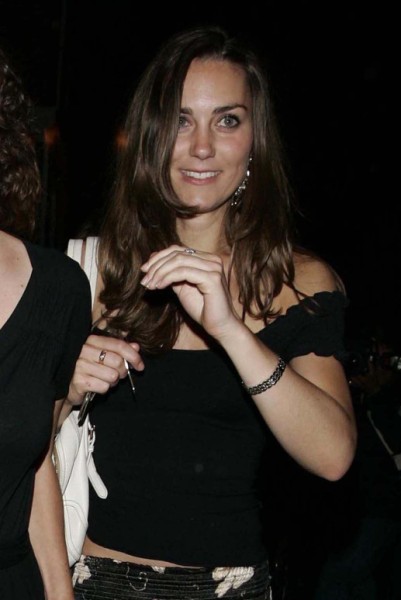 The paparazzi might have ruined her tour in the Pacific but Kate Middleton isn’t about the let some lame dude with a long range camera ruin all her vacations from here on out. The Duchess of Cambridge is fighting for her right to go topless and won’t stop getting her tan on because of this minor little insignificant international scandal.

According to Entertainmentwise, Kate Middleton was devastated by the breach of privacy during her stay in Provence a couple weeks ago but she doesn’t think there’s a lesson in there for her. No, she will not stop going topless. She’s just going to be more carefull about where she lets the girls out to play.

“Kate is proud of her body,” a source told Hollyscoop. “She knows she’s got a fabulous figure and isn’t scared to show it off. While she was embarrassed when the photos were published, it hasn’t put her off going topless again. Next time though, she’ll do it somewhere a bit more private. She just wants to lead her life.”

So a chateau in the middle of nowhere wasn’t private? I wonder what Prince William has to say about this. People went easy on his little hissy fit this last time but if Kate keeps getting caught with her naughty bits hanging out then clearly the problem isn’t the paparazzi who are just doing their jobs.

But this quote shows us a more brazen Kate, no? This isn’t the demure duchess we’re getting force fed now. This is the Kate Middleton who strutted her stuff on the catwalk at St. Andrews in a slinky sheer number to snag her prince.  The old Kate Middleton knew she was hot sh-t and apparently still does. I like that Kate more. It’s not the Kate the palace wants us to remember. That Kate wore short skirts, used the media to flirt with dudes when William broke up with her and let him cheat on her off and on for ten years because she knew she was a catch and he would come around in the end. That’s confidence in a goal. That’s a girl who’s proud of her liquid diet. That’s a girl who loves her boobs. Good for her. Only next time you’re caught, don’t cry to me. If Kate Middleton stays topless she has to deal with the consequences!

Because there will be a next time. It’s inevitable especially since there are rumors that Kate’s photos were an inside job. It’s now thought it might have been a member of the staff of the chateau who tipped off the paparazzi. I’d believe it. People want to make money. It’s the nature of the beast and Kate should put her pride aside for a while and recognize that fact. People might love her but they love money more.

Are Kate Middleton’s comments surprising? Do you think she’s playing with fire or does she deserve to go topless if she wants to?