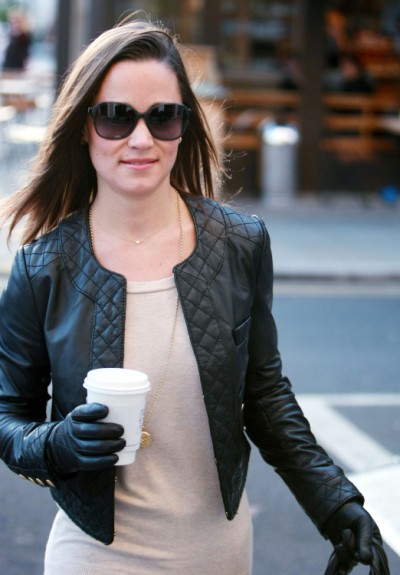 Now that Kate Middleton is securely married and no longer called “Waity Katie” in every newspaper around the world, she’s ready to play cupid for little sister Pippa and she’s using Prince William’s 30th birthday party as the perfect venue to put her matchmaking skills to good use.

The Daily Beast reports that Kate wants to hook Pippa up with one of William’s eligible friends because she thinks it will help control Pippa’s penchant for making the front pages of tabloids. “Kate thinks that if Pippa focuses on a new romance it’ll calm her down. So she’s planning on playing Cupid by inviting a number of her single male friends to Wills’ birthday bash,” a source told Now magazine.

Shortly after breaking it off with Alex Loudon last year Pippa was seen around with George Percy, who just happens to be a duke and one of the richest men in Britain. But we haven’t seen too much of George ever since Pippa got back from her Paris gun debacle.

But Kate might just have to cry over her roast. The Daily Beast says it’s been told Pippa is way too busy with her upcoming book launch to even think about a serious relationship.

Is saddling Pippa up with a man just another way for Kate to control her? I kind of like the idea that Pippa’s putting romance on hold to focus on her career. She’s rumored to be moving to America before her party planning book drops and is considering getting into wedding planning. Say what you want about Pippa, but she waits for no man.

Do you think Kate is jealous of Pippa’s freedom and wants to tie her down so she can watch over her or do you think Kate just wants her little sister to be as happy as she is?