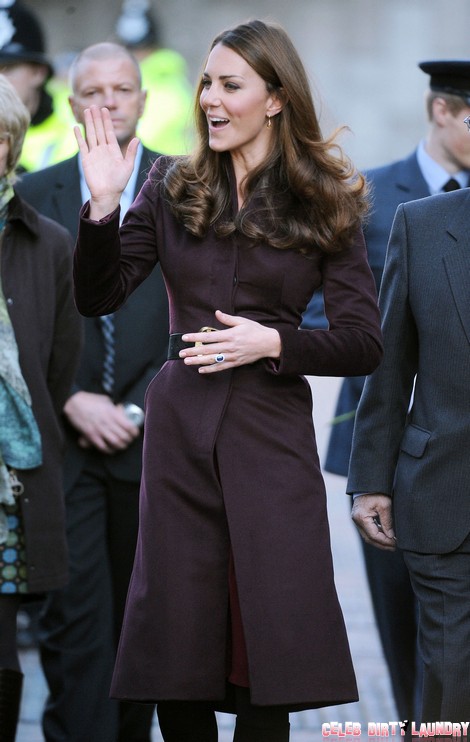 Ever since the lavish wedding of the future King and Queen of England, the eyes of the world have been squarely fixed on Kate Middleton’s baby factory. Myself included. It seems that reports of a pregnancy come and go on a daily basis. But the day has finally come! Maybe. According to an inside source. A very unreliable, fame whoreish, money-grubbing source.

Jessica Hay has been attaching herself to Kate as “her oldest friend”. The two did go to the same boarding school – Marlboro College– and did share a dormitory. A quick search will bring up photos of the two youngsters together. But is Kate sharing her most private moments with this hobo? Sorry Jessica – I gotta blow your shit up right now.

Riddle me this – how is it that Jessica has exclusive access to information the press would KILL for after she repeatedly blabs utter nonsense? Royal sources have lost their patience with the delusional Hay. Apparently the last straw was when Hay quit her job- yes you read that correctly- to sell her story to an author currently writing a biography on the Princess. Hay told this biographer that while in school, Kate would confide in her late at night about the bullying she endured at a previous boarding school. Bullying that included girls repeatedly putting… Um… bathroom matters in Kate’s bed. Believable? Maybe – if Kate ever used a bed at the school. At this time Kate was a day student, and would travel home each night.

The best part of the story? Jessica never got paid! Oh joy! “I found it quite unfair,” says Jessica, “I didn’t even get any payment for it. My friends are going to be thinking ‘She’s sold herself out.'” Hilarious. And if that wasn’t enough, after ACTUAL friends of Kate put the story on blast as false, Jessica decided that-wait for it – she was misquoted! Unfortunately for Jessica she became even more entangled in her web of lies. “This was a recorded interview with Jessica,” said Sean Smith, biographer, “and she has not been misquoted”.

If we just need one more itty-bitty nudge into believing that this ass-hat might not actually be besties with Kate, let’s feast on this little nugget. When asked about Hay, a friend close to Kate said, “She is not and never has been a friend. Many claims are just fantasies”. Sorry old girl, looks like you will have to make it in life on your own merit now. Yikes.

So while an apparent source is completely unreliable, am I giving up hope on a bouncing bundle of Royal joy? Absolutely not! Because Kate’s other half, Prince William, has been making moves to leave the RAF and take on more Royal Duties! And with a big announcement expected from the couple next month, I’m thinking- and hoping, wishing, praying, groveling to the baby gods – that this is THE announcement royal watchers have been waiting for. And while the couple revels in their joy, I will be the first in line to grab up every commemorative plate, cup, napkin and Lip balm in existence.