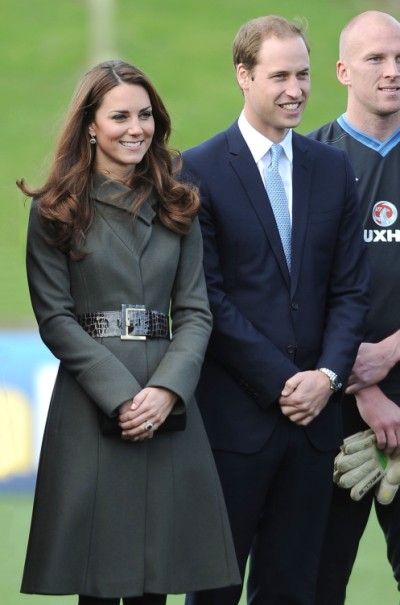 He’s been shuffling his feet but it seems like Prince William is just about ready to quit playing with helicopters and start kinging. News broke that the heir to the heir may be ready to take on more royal responsibilities because he’s seeking an additional press officer to beef up his media team. He and Kate Middleton already have two. After the summer they’ve had I think one more couldn’t hurt.

The Telegraph reports: “In a sign that the Duke of Cambridge may well be leaving the RAF next year and taking on more royal duties, he is seeking an additional press officer to bring his media team up to three. ‘The post has been created to take into account the growing work of the communications team, especially in the light of the impending Household Office move to Kensington Palace, which is taking place from the end of December through to Easter next year,’ one of their existing spokesmen tells me.”

So… does this mean more Kate? AND a Kate Middleton baby? I definitely think so. Staying in the RAF was going to mean more Anglesey and less babies and the world can’t be having that shit no more. Prince Philip is OLD. Camilla Parker-Bowles was so much more interesting when she was screwing with Diana’s head. And Prince Harry’s away being a model soldier. I’m bored! And American so my dependence on royal news is beyond pathetic. I get why Prince William wants to stay under the radar a little while longer but he’s really not taking my feelings into consideration – or Kate’s for that matter. She has to sneak around like a common thief in London to do any respectable shopping. You know she’s ready for full-time London and baby adulation. If anything Kate Middleton has taught us she’s very ready for everything. Has William finally gotten with the program?

Do you think Prince William quitting RAF has anything to do with Kate Middleton’s expected pregnancy? Was there just the tiniest bit of pressure on her part? The royal physician can’t be making house calls in Wales… just saying.