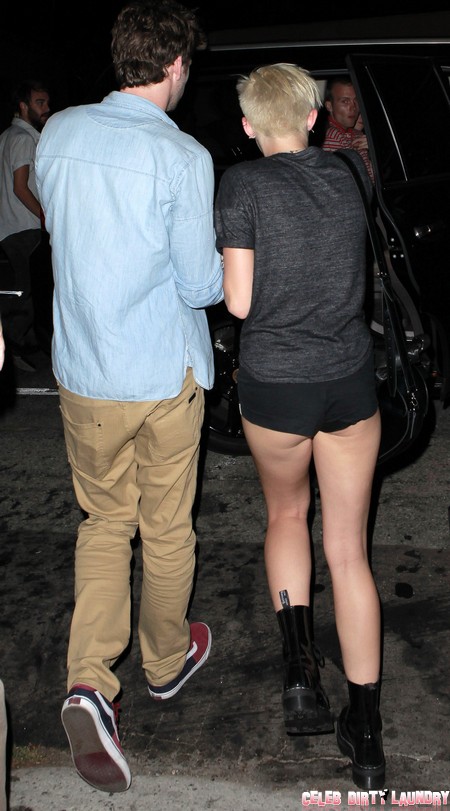 According to sawfnews.com, Paris Jackson (Michael Jackson’s strange kid) idolizes the pop phenomenon that is Miley Cyrus. Paris also recently stood up for Miley when the singer styled her hair to look as edgy as Bertha – the ice cream killer. Katherine Jackson is having none of this nonsense and told Paris to stay away from Miley. Good on you matriarch, for standing up for your grandkids.

Katherine wants to protect Paris (14) from Hollywood’s seedier side and according to Star Magazine’s latest issue (September 10); she finds the antics of Miley “unsettling”. We agree Katherine, Miley is like that girl in school who was always teetering on the edge of glory, but fell short one week when she was found in the bathroom sniffing a patch of hair. The last thing we ever saw of her was when she was transported to a remote island with zombies and that adoring chick from The Ring.

The insider says, “Paris idolizes Miley, but Miley’s bizarre behaviour makes Katherine worry. It’s no secret Miley likes to party, and Katherine is fearful of Paris getting close to her. Paris is a good girl, and Katherine just wants to keep it that way.”

Paris tweeted about Miley’s hairstyle, “I don’t know why people keep hating on Miley’s new cut. I love it! She’s being herself and she’s being different and I love her for that.”

Miley has always left a dodgy aftertaste in our mouth. You know that sweet fame whoring taste of Kris Jenner and insanity? Come to think of it, it tastes almost the same as soup – watered down fake food given to the sick and dying.