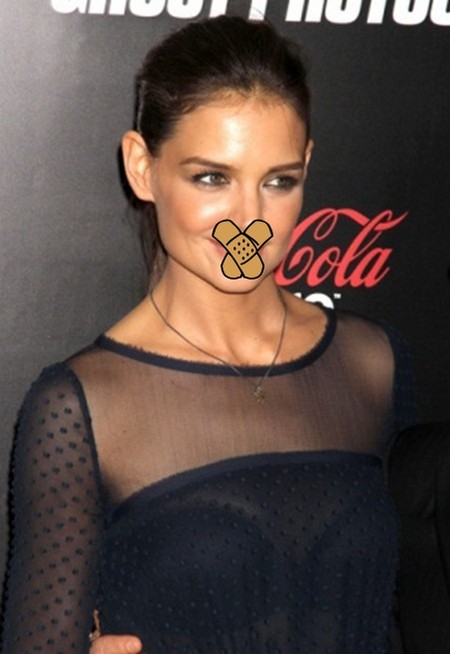 Coming on the heels of the news that Tom Cruise and Katie Holmes have reached a divorce settlement agreement, comes word that Katie has signed a confidentiality agreement. Under its terms Katie is not allowed to divulge details of Tom’s personal life or anything to do with his beloved religion, Scientology.

According to The Daily Mirror, ‘Confidentiality was the key. If Katie hadn’t signed up to remain silent it could have become a very messy legal battle.’

Precious little is actually known about the terms of their agreement but it is assumed that Katie will have full custody of Suri and that Tom will have visitation rights. Ironing out the details regarding Suri are what kept this battle from going to court. Katie was said to be extremely concerned for her daughter’s well-being and she felt that she needed to protect her from the vice grip that Scientology would have had on her, sooner rather than later.

As for the confidentiality agreement, well of course! Imagine the stories she could tell after spending 6 years under Tom’s control! I’m going to guess that the Scientology leaders needed her silenced as much as Tom. In less than two weeks the general public was given quite a crash course in Scientology and I’m guessing that the majority of us out here were left absolutely baffled as to why anyone would fall under its spell. This divorce was really starting to call extremely negative attention to the cult and I’m sure Tom was being directed to settle things quietly and silence Katie fast.

Are you surprised that Katie is bound by this agreement now?  As long as she got what she wanted for Suri, do you think she felt even a moment’s hesitation in signing on the dotted line?  Tell us` your thoughts in the comments below!