Katie Holmes Using Suri As A Weapon Against Tom Cruise 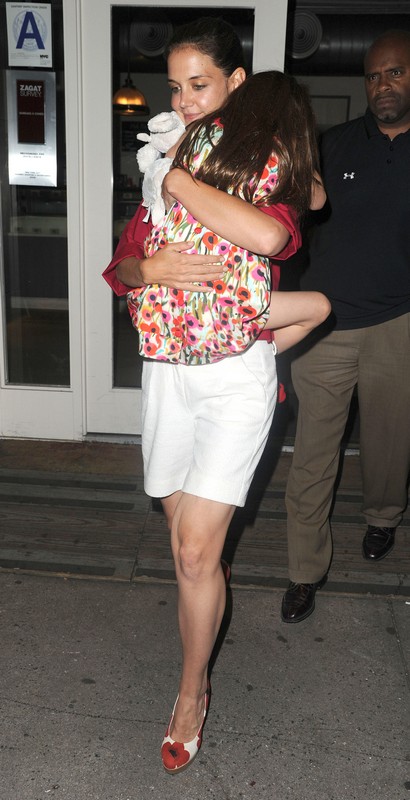 Let the ugliness begin, because you knew that it would. Apparently according to TMZ, Tom Cruise and Katie Holmes have absolutely no contact at this point in time and the bitterness is starting to seep out into the press. Katie’s people are said to be making it extremely difficult for Tom to have any sort of contact with Suri, the six year old child that is clearly the special weapon in this ugly divorce.

Tom is getting to speak with Suri once a daily, and that much contact has been like pulling teeth. As for an actual visit with his daughter, well that’s a totally different story. As of now Tom has no idea when he’ll be allowed to see her face to face. His schedule isn’t helping matters either. He was in LA for the fourth but is said to be leaving before the weekend to head to the film set of his new movie, “The Rockies”.

Tom believes that Katie is using Suri as a weapon against him and rumor has it that when he is good and ready to see Suri, if Katie blocks him he will be making a beeline into court.

If the main reason that Katie left is to keep Suri away from Scientology, Sea Org and all the other craziness that goes along with living under Tom’s roof, then it would make sense that she’d try to limit contact. Also by limiting his contact it does back up all that we’ve heard so far as to her trying to keep Suri from being sucked into Tom’s religion.

Every step that Katie is making actually does look like it is intended to protect Suri rather than use her as a weapon. It’s pretty obvious though that this poor child is likely to be tangled in a huge Hollywood custody battle of epic proportions.

What are your thoughts on the unfolding Katie and Tom drama? Let us know in the comments below!