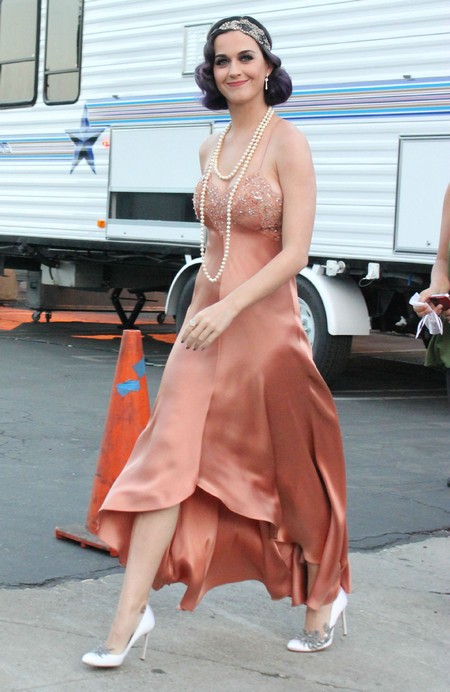 Jennifer Lopez has not revealed whether she’s still one of the judges on American Idol, so the producers extended their feelers and asked Katy Perry if she’d be willing?

CDL reported a few weeks ago that J.Lo is leaving American Idol and this story seems to stick. She wants to take time off to focus on her family and her upcoming tour with Enrique Iglesias. Katy Perry seems like a natural stand-in for the J.Lo seat that needs to be filled. Katy Perry was also rumoured to be attached to the US version of The X-Factor, back in the heydays of Simon Cowell’s extensive casting calls.

Katy was also a stand in for the UK version of The X-Factor and received critical praise. What kind of judge would Katy Perry be? Will she be as gently bitchy as J.Lo? Or will she be more approachable, perhaps more like Ellen?

Katy’s always been a poster child for rebellious pop and she’s sold millions of singles and albums, with her latest Part of Me song burning up the charts. She’s had a heavily publicized break-up from Russel Brand and has been labeled as a “vocalist suffering from pop induced delusions and an inability to give credible live vocal performances”.

Is this the judge that will give American Idol a comeback? Many critics of the show have bitched that it should go in lock-down and that the plug should be pulled before another season. Has American Idol jumped the shark with the low ratings in the 2012 season?

Let us know what you think CDL’ers. Would you like to see Katy Perry as a judge on the show? We’re not too sure even she will be able to save the struggling reality TV juggernaut.