Keeping Up With The Kardashians Recap: Season 7 Episode 3 ‘Everybody’s Wigging Out’ 5/28/12

BY Dorothy Gale on May 28, 2012 | Comments: 2 comments
Related : Keeping Up With The Kardashians, Kim Kardashian, Kris Jenner, Reality TV, Recap 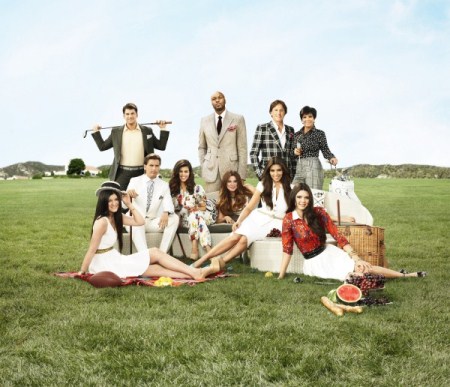 Tonight episode 3 of seasons 7 of Keeping Up With The Kardashians airs on E! Stand by as we will live blog the episode with all the up-to-the-minute details and this episode is titled, “Everybody’s Wigging Out”. Did you watch last night’s episode? If you missed it, you can read the full recap HERE.

Last night, the drama was all about Kourtney and Kris because Kourtney was having a hard time with the fact that Kris had an affair when she was married to her dad. Also, Kourtney did not like the fact the Kris wrote a tell-all book airing personal details about their lives to the world.

Kylie and Kendall started their new job scouting models for Seventeen magazine. Kendall had a hard time in the beginning because she is shy, but Kim stepped in and helped her to get over it.

The stress between Scot and Kourtney is mounting, she doesn’t confide in him and you can see that even though they talked it out in the end, there is only so much this guy is going to take.

On tonight’s episode Kim starts wearing wigs and Rob hurts Bruce’s feelings when he says that he lacked a male role model when growing up and Kris gives in to road rage. Rob thinks Bruce is the hardest guy to relate to and Scott thinks the family is going downhill quickly.

We will be live blogging the episode with all the up-to-the-minute details at 9 PM EST so make sure to come back to this spot and watch the show with us. Make sure to refresh often so you get the most current info! While you wait for the episode you can catch a sneak peek of tonight’s episode has some SPOILERS HERE.

RECAP: Kris is having a hectic day, she is overwhelmed and all she wants to do is go to Costco. Kim just had the most stressful attorney’s meeting, her divorce has been really stressful and draining.

Rob is talking to Bruce, he had a lot of success in Europe with his sock company. They move to the outside, where the rest of the family is sitting. Rob is looking for a new place to live that he is going to own. Bruce tells him to first figure out where he wants to live, then buy something.

The next day, Khloe is in town for 48 hours and upset because it is time for a family dinner and Kris just can’t let go of her cell phones. It doesn’t take long and Kris leaves because she has no service on her phones and the girls just don’t understand her.

Kris and Bruce is with Rob, he wants to go house hunting and Kris has no time, so Bruce offers to go with him, but Kris says it’s like the blind leading the blind.

Kim is obsessed with 007, so she heads to a store to try on wigs. She loves that it brings back memories of when she was younger and tried on wigs with Kourtney when they played dress up.

Kris is meeting with Baby Face and they are going to discuss their new management company. In the car, Kris is suffering from some severe road rage.

Rob aids the help of Kourtney to look for a home, he decides against going with Bruce because he thinks he is just not cut out for it. Bruce surprised them and walks in, he is not happy that they have already looked through the house.

It’s dinner time at the Jenner house and Kris can’t be there because she has a dinner meeting, this doesn’t sit well with the rest of the family.

Rob asks Kim to help him with house hunting, she meets him at a bookstore in a blond wig talking like a southerner. Rob is not impressed, it’s just weird. He wants her to go home and change.

Kris is out shopping with Scott, she wants to get the rims she promised Kendall for her birthday. Kris and Scott get set to leave, she is driving and the road rage is back. Scott thinks she is out of her mind, he calls her a psychopath.

At Kourtney and Scott’s house, Kim arrives in a red wig and pretends to be Natasha, Mason is afraid. Scott thinks she looks like Chucky and is really uncomfortable, he thinks the whole family is losing their mind. Kourtney thinks she is nuts, the divorce is getting to her. Scott tells her that she sounds like a transvestite.

At home, Bruce is with Rob and asks him if he really thinks it is a good idea to go with Kris. Bruce gives his advice for free, but Rob wants nothing to do with it.

Kris calls Kim and tells her that she needs to go over there and sign documents, Kim is booked for the day and can’t. Kim is furious that she has to drive all the way to town because Kim won’t come there.

Kris then lashes out at Bruce when he is drinking out of a container, then leaves the house claiming that he is driving her insane.

Kris arrives to see Kim, she is still in Natasha character and doesn’t even notice. Kim signs the documents and Kris is gone.

It’s time for another family dinner, Rob says that his friend have their dads to ask opinions about house hunting, but he doesn’t have anyone to rely on. Bruce is clearly insulted, he has been in Rob’s life for 21 years. The whole time Bruce is talking, Kris is texting.

The next day, Kim invites Kylie and Kendall to dinner and she is wearing a new black short wig, she pretends to be Kris. The girls think this is weird and not at all fun.

At home, Kris is leaving again and when Mason doesn’t want to kiss her, she tells him that she is going to buy a present for him. (wow, her crappy parenting skills are showing again).

Kourtney suggests to the family that Kris needs to take a break from her cell phones and business.

The next morning, Kourtney and Kendall ambush Kris and tells her that there are no cell phones today, she is going to relax. Kourtney holds the cell phones hostage.

Kris is in her sweats and two of her friends come over to surprise her. Kris and the girls break open the drinks and chill. Kris is actually having a great time, Kourtney tells her that she has to give her mind a little break.

Kim arrives and she is now in a short blond wig, this time she is Britney. Kourtney wants to check Kim’s mind into an institution. Kim tells Kris that it was just time to stop taking things so seriously and the wigs helped her get out of her funk.

Kourtney gives Kris back her cell phone, she has 300 emails and Kourtney tells her to chill. Kris is reading the emails and it appears that everyone has taken care of all the issues. Kourtney tells her that the road rage, Rob hurting Bruce’s feelings; she is not picking up on anything. Kourtney goes to say that Rob said he had no father figure and it’s her job to make it right. Kris is shocked that she didn’t even hear it.

Rob arrives at the Jenner house, Kris called him over and tells him that he hurt Bruce’s feelings. Kris goes on to say that he was wrong and owes Bruce an apology, even though he can’t remember, Bruce did a lot for him when he was young. Kris shows him some video footage of Bruce supporting Rob when he was at a track meet. Rob finally realizes that he was wrong to say the things he did to Bruce.

Rob goes to see Bruce and wants to apologize. Bruce tells him that he has been there from the beginning and was insulted that Rob doesn’t think he has a role model. Rob goes on to say that he is sorry that he was dismissive with him regarding the house hunting. Bruce accepts his apology and the two give a manly hug.