Keeping Up With The Kardashians Recap: Season 7 Episode 8 ‘Sometimes You Need To Adjust’ 7/8/12 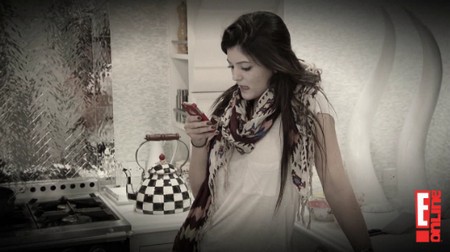 Tonight on E! is an all new episode of Keeping Up With The Karadshians. On tonight’s In part one of this two part story, Khloe returns to LA to face increasing demands on her time from the family. If you missed last week’s show called “Dominican Republic, Part Two”, we have a full and detailed recap for you here.

In the previous episode, Kris woke up with a mysterious medical condition or so she thinks so, but it’s an allergic reaction that swells her up. She ends up looking like daffy ducks because it is her lips that are really swollen. Many people speculated after the show that perhaps it was not an allergic reaction, but in fact plastic surgery gone bad. Scott felt like an outcast and Bruce took the kids shooting, Kim at trouble keeping pace.

On tonight’s show In part one of this two part story, Khloe returns to LA to face increasing demands on her time from the family. Scott has to be on his best behavior at a sweet 16 appearance in NYC. Rob tags along to make sure things go smoothly.  Meanwhile, Bruce Jenner is having trouble accepting that his children Kylie and Kendell are growing up and basically ignoring him.

In part 2 of the show which airs tomorrow we get to see Kanye West make his debut on Keeping Up with The Kardashians. Kim is reluctant to talk about her relationship with Kanye West; Khloe continues to feel pressure from her family and must decide whether to return to New York to attend the opening of Scott’s restaurant.

Tonight’s Recap is now live folks!  We will have an update for you in just a few minutes!  Keep checking back as we let you know what’s going on in Kardashian Land.

This episode begins with the Kardashians discussing Lamar Odom being released by the Dallas Mavericks.  Kim is thrilled that Khloe will be coming home to spend more time but is worried about her brother in law not playing the sport he loves.

Meanwhile, Scott has the opportunity to host a Sweet 16 party and everyone is very afraid to have him handle it. He is rarely appropriate and they all know it so Rob will likely tag along to make sure he stays in line.  Rob is telling Bruce about this plan and the conversation turns to Kendall and Kylie.  Bruce is feeling absolutely lost without his little girls since they are growing up and have joined the family money making machine.  He wishes he could go back and drive them to school and play sports with them again.

Scott has a new restaurant opening in NYC and the family wants Khloe to be there.  They really don’t seem to understand the stress that she’s under having just moved from Dallas back to LA.  The last thing she wants to do is step onto a plane and leave her husband again.

Scott has a new restaurant opening in NYC and the family wants Khloe to be there.  They really don’t seem to understand the stress that she’s under having just moved from Dallas back to LA.  The last thing she wants to do is step onto a plane and leave her husband again.

Scott is driving with Rob being briefed on how to handle a Sweet 16 party.  Somehow I just suspect this is going to go badly.  Kris keeps talking to Khloe about hopping on that plane to support Scott and the family in NYC.  Khloe doesn’t want to be reunited with her husband for one day, only to leave him again.  It’s obvious Kris just doesn’t get it at all. She just insinuates that Khloe isn’t loyal to the family.

Kendall realizes her car tire is flat and Bruce jumps on this as an opportunity to spend time with his daughters.  The poor guy really wants to drive them to the mall but Kendall insists he fix the tire instead so they can go alone.  Who needs daddy anyway when you are teenage spoiled brats?

Scott is having dinner in NYC with Rob and a few friends.  Rob is very concerned about Scott’s hosting duties.  He actually refers to him as a pervert and speculates that the disrespectful side of Scott will come out and he will be thrown out of the Sweet 16 party.  Scott and young women – Yikes!

Khloe is relieved because Lamar is happier back in LA and training hard already – he better…   She thinks the move is good for both of them.

Scott is leaving his hotel for his hosting gig and realizes a bachelorette party is going on next door.  He decides to stop in and grind on the table for the girls as Rob looks on in horror.  Scott then moves on to the Sweet 16 where he is very inappropriate with 13 year old girls.  Rob comes up with a code word to yell out when Scott is bordering on inappropriate- and we hear him yelling it a lot.  This is too much – why would Kourtney ever want to be with this guy – the term a**hole comes to mind often when watching Scott.

Kim and Kourtney are leaning on Khloe to go to NYC over a quick dinner.  Khloe explains to them that she doesn’t know if she can make it and Kim doesn’t seem to understand why.  Typical, selfish Kim just wants her sister there and could care less what Khloe is dealing with herself.

Bruce took Kendall’s car to be fixed and decided he was in no hurry to return it to her.  Two days after it was ready Kendall called the mechanic and found out Bruce was lying about it.  He fessed’ up and told the girls that he just missed driving them around so he kind of dragged out the repair time.  Kendall and Kylie tell him to just invite them to do things and they probably will want to do it. Sure they will – as long as Bruce forgets to come along.

Khloe is trying to get her house back in order and get Lamar’s training schedule together for him and her family is driving her nuts. Kourtney keeps emailing about the NYC trip and Kris is pouting because she hasn’t gone to dinner yet. She feels like everyone is attacking her for supporting her husband and being a good wife to him.

Will Khloe make her family happy and join them in NYC, or will she take care of her life in LA?  We’ll have to turn in next week to find out.

The End!  See you next week!