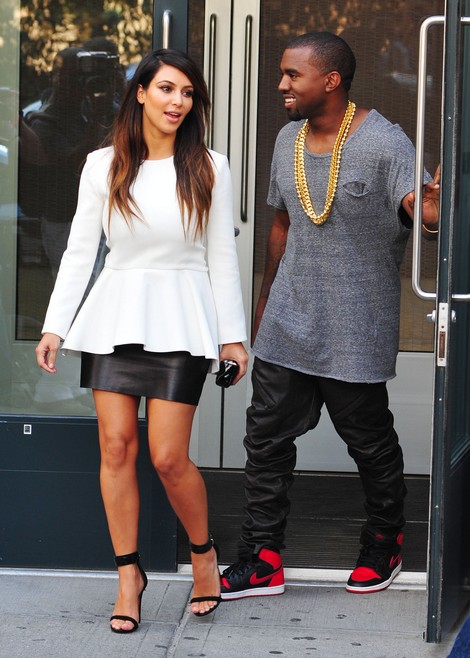 Tonight on E! is an all new episode of Keeping Up With The Karadshians called “Kardashian Therapy Part Two”. In the conclusion of a two part episode Kim tries to work out issues with her sisters; Kendall and Kylie ask to be homeschooled; Kim joins Khloe and Lamar on a trip to Queens.   If you missed the last show called “Kardashian Therapy Part Two”, we have a full and detailed recap for you here.

We all breathed a sigh of relief last Sunday when Rob broke down in therapy. I assumed the water works started not because of Kris’ blatant favoring of Kim, but because Rob finally realized that the best thing about him is his famous sisters, Olympic Gold Medalist step dad Bruce Jenner, and potential role as hair loss commercial star.

In a behind the scenes E! exclusive, Rob cries and admits, “I’m frustrated that I just want to do certain things, like, in a business sense.” Yes, being driven to work is so obnoxious and petty! You can watch that and more here.

Last week we watched behind-the-scenes as the Kardashian Klan spoke to Oprah about their late father, family, and the authenticity of Kim’s relationship with Kanye (in case you missed it, Kim announced that she couldn’t sell herself out for publicity. HA!).

Kim also pissed of sisters Khloe and Kourtney when she announced she wanted to start a solo clothing line. Come on, Kim! You three are obviously more successful as a group! It won’t be any fun to watch “Keeping Up with Kim Kardashian Who Insists She Doesn’t Wear Fake Eyelashes Anymore.” Where’s the exciting drama in that? (Do you remember that from last week’s episode? How much bullshit are we expected to take? Girl does not grow six-inch eyelashes.)

According to E! Online, tonight we will be tuning in to watch: “Kim tries to work out her issues with her sisters while Rob tries to find his own voice. Kendall & Kylie ask Kris to let them be home schooled. Kim joins Khloe & Lamar on a trip to Queens.”

Check back at 9pm EST for live coverage of tonight’s all new episode!

TONIGHT’S RECAP: Tonight starts with Khloe and the therapist comforting Robert, who is sobbing into a towel.  “All I care about is saying yes to my mom,” Robert confesses.

Kim says he needs to take responsibility, and Kris admits he needs to break his walls down.  The therapist compares Robert to a simmering kettle. She tells him he has been running from all of his feelings.  Kris says she feels happiest when her kids are happy.

With Khloe back in LA and Kourtney expecting her second child, Kris thinks that Rob’s bad mood stems from his “lost” path. She wonders if the late Robert Kardashian Sr. would have offered Rob Jr more support.  Kris tells Rob to follow his heart.

Kim says that no one ever gave her anything, and that if she wants something, she works hard and makes it happen.  Rob thinks that Kim, Khloe, and Kourtney support each other more than they support him, and that their bonding gives them a bigger advantage than he has on his own.  Kim admits it must be hard for Rob to be surrounded by three successful sisters.

Kim cries because she thinks Kris doesn’t know how to raise boys, and that their late father is needed. She says the siblings blame their mom for everything, despite how hard she works for the sisters.

Kim and Khloe have a mini fight because Kim doesn’t remember Khloe working in their dad’s office while he was dying.

Kim says that Khloe lies about everything to invalidate every one else.  Kim says that she doesn’t care who is right, but that she has other places to be and needs to leave the therapy session.

Kendall and Kylie have a meeting with Seventeen Magazine in NYC. They are both west coast contributors to the magazine. The girls think it’s hard to balance work and school.

Khloe, Kourtney, and Kim rush from the therapy session to film Jimmy Kimmel Live. Khloe calls some of Kim’s comments in therapy “unforgivable.”

Kris chides Kendall and Kylie for goofing off instead of doing catch up homework. The girls insist that it would be easier for them to be home-schooled. Kris fears that they would miss out on high school experiences. It cuts to a flashback of a stylist taking away Kylie’s homework so he can do her makeup.

Kris tells the girls to learn to multi-task.  think the email is sincere and is a way for Kim to move on. Khloe thinks the therapy session back fired on everyone.

Kim is shown cooking–she is making chicken flavored top ramen!  Kim thinks it’s rude that her siblings won’t email her back and accept her apologies. Kris warns Kim that lots of groups split up and it ruins their careers. She tells Kim to go talk to her sisters about their business in person.

Kendall or Kylie is eating dinner with a superhero mask on. Oh wait–one has a bear mask on. The girls are trying to convince Kris and Bruce that their grades would improve if they were home-schooled. Mama Kris isn’t buying it–she threatens to cancel all of their work if they don’t get it together.

Kim is confronting her siblings about the email that they ignored. Rob says he didn’t reply because he couldn’t tell her what she wanted to hear without lying.  Kim wants Rob to feel motivated so that he can start participating in the family businesses.

Khloe and Kim decide that Khloe has taken on some fake memories because she is so much younger and doesn’t remember.

(Why is Kim eating a plum with a knife and fork? Is that the Calabasas chic way to eat fruit?)  Kim wants to set up a meeting for Rob with a designer called Bruno. She and Kris wonder if Rob understands how much work it would require.

Kylie and Kendall set up a phone call with a day school and their mom. Kris is pissed that the girls took initiative and tried to set up a home-schooling schedule that would ensure a better academic performance. Kris tells them to study harder.

Khloe tells Kim that the pleating on her skirt looks like unwanted body hair. I’m sure Kim would call it haute couture.

Kim invites herself on a trip with Khloe and Lamar to Queens while they’re in New York.

“Be like Kimmy from the block,” Khloe orders. She can’t be a glamour-puss.  The paps give Khloe and Kim the middle finger while they stand on their hotel balcony. About time!  Kim thinks that she doesn’t know part of Lamar, and that by going to Queens she will get to know him better.

Rob and Scott have a meeting with Bruno, the man who helped the sisters launch their clothing line.

Scott wants to help Rob succeed in business, but is disappointed that Rob didn’t shower or change out of his sweats for the meeting. He is worried that people won’t take them seriously, and that Rob is passing up his chance.

Side note: Kim just tweeted, “Part 2 Keeping Up With The Kardashians is on tonight! Last week was intense, been waiting for tonight to redeem myself! Just wait & see! “

Well, we are waiting and haven’t seen any huge redemption yet! Step it up girl!

The first thing Bruno does is remark upon Rob’s casual grunge look. Rob says he is sick and Scott jokes that they want to start a line of sweats.

Rob helpfully says he likes a casual outfit of pants, a button up, a cardigan, and a hat. Scott says he loves retro-seventies style.  They consider “Robert Scott” as the creative name for their line.

Kylie is still in bed, pretending to be sick so she doesn’t have to go to school. Kendall refuses to wait and Kris is mad that she will be late for work since she has to drive her to school.

Kim enlists the help of Jonathan Cheban to help her shop for her Queens outfit.  Kim models her totally offensive and stereotypical outfit–gold hoops, off the shoulder over sized tee-shirt, and baggy pants.

Kris tells Kylie to be more respectful of other people’s schedules. Kylie says that she is so behind in school that it is impossible to catch up, and that she can’t pull herself out of her D-average. Kris says she isn’t trying hard enough.

Kylie storms out of the car and starts walking home. Kris begs her to get into the car so they can go home and talk, and she finally agrees. Kylie says it isn’t fun to fail every day. Apparently Kendall’s failure causes rashes, and Kylie suffers from panic attacks. Kris finally agrees to consider home school.

Khloe, Kim, and Lamar arrive in Queens and start shopping. He takes the girls to a CD store full of mix tapes.  Kim recognizes herself on one of the covers and insists on buying it.  Even though the photos are used without permission!

A huge mob assembled outside of the store, but Kim doesn’t seem to mind the adoring fans.  Kris tells Jenner that Kris Humphries has subpoenaed Kanye West.  Will the divorce drama ever end?

The Jenner family sit down with some administrators of the home school program Kendall and Kylie contacted. They’re told that the quality instruction is better because of the one-on-one time with teachers. The teachers can travel internationally with the girls.

Kris admits to feeling bad that it took her so long to realize what a great option homeschooling is for the girls.

Lamar returns to Lincoln Park, the first basketball court he ever won on.  Lamar says that he stayed in the park after his mom died, and that the neighborhood watched over him during his transition. His mom died when he was twelve.

Next week! Kris is in the hospital, Rob tells Kourtney that Scott thinks he is just her “babymaker,” and it looks like Khloe is going to find out why she hasn’t managed to get pregnant. Check back for live coverage with us next Sunday night at 9pm EST!