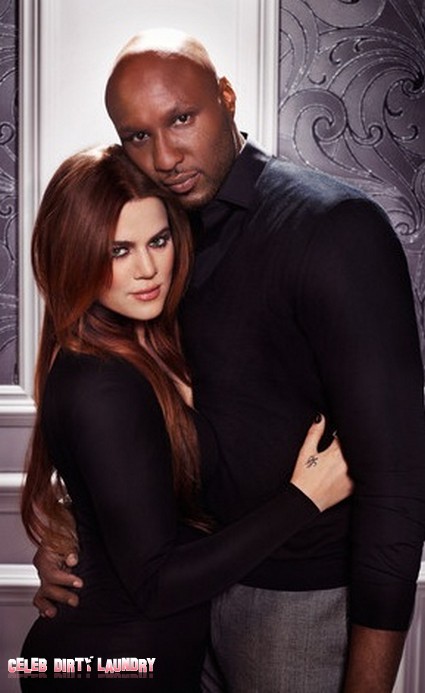 Khloe and Lamar returned last night for a new season on E!.  Last night was part 1 of a 2 part season premiere.  On last night’s show we  got to see a recap of what everyone has been up to since last season.  The show begins with Khloe Kardashian and Lamar Odom still as much in love as ever.  Lamar’s bromance with Rob Kardashian hit a major snag after Rob decided to move out.  Khloe tried too keep her marriage spicy and new but Lamar was not interested.  If you missed the episode you can read our official recap here!

Tonight in the second half of the season premiere  Lamar who is in the middle of the NBA lockout is having trouble sleeping.  Lamar’s insomnia negatively affects Khloe when he gets up to play video games in the wee hours of the morning.  Khloe tries to convince him to come back to bed with no success.  She even suggests he take sleeping pills but he is not interested.  Malika breaks her biggest dating rule when she starts dating a guy with young children.

Did you watch Part 1 of the second season premiere?  Do you find Khloe and Lamar a is a breath of fresh air compared to the other Kardashians?  Sound out in the comments below and let us know what you think!

We will be live blogging the show with all the up-to-the-minute details at 10PM EST so make sure to come back to this spot and watch the show with us.  Refresh often to get the most up-to-date results!  In the meantime check out the sneak peek video of tonight’s episode below!

RECAP: Khloe’s best friend, Melika is in love with Adrian and Khloe is shocked because he has kids and she said she would never date a guy that had kids.

Lamar is keeping Khloe up at night since the NBA lockout. The next day, Lamar compliments Khloe that she has a nice ass when they go to meet Malika and her boyfriend Adrian. At lunch, Khloe asks how the love birds are doing and they say great. Khloe gets right to the chase, she talks about his being married before and Adrian confesses that it was for nine years, he has three kids with the youngest one being two years old. She asks Melika if she has met his kids before and she says no. Khloe is really wondering how serious Adrian is about Melika.

It’s 3:30am and Lamar can’t sleep again, he wants to play a video game. At 5:00am he is still playing and Khloe just want to go to bed, she tells him that it is unhealthy to be sleep deprived.

Kim and Kourtney are looking for Khloe, they contact Melika. Khloe overslept for a photo shoot because Lamar kept her up all night. In the car, Khloe gets into the whole “Adrian” conversation again. Melika tells her that she is not going to stress about Adrian being married and getting a divorce. Khloe thinks Melika is naive and needs to wake up a bit.

Melika comes from a family of divorce and tries to convince Khloe that she knows what she is getting into. At the photo shoot, Khloe is so tired that she can hardly keep her eyes open. Kim talks to Khloe and tells her that she probably can’t get pregnant because of their sleeping habits. That night, Khloe tells Lamar that she is exhausted and was at a photo shoot. Lamar trivializes her photo shoot and pisses her off. She tells him that the lack of sleep is affecting her work and she is really frustrated, the bitch is snapping.

Khloe is trying anything to make Lamar go to sleep, she tries some soothing animal sounds and blindfolds. Lamar gets up and starts to dance, Khloe is a little annoyed at the sounds.

The next day, Khloe is with Melika and tells her that one day she should bring Adrian to come hang out. Melika tells her that she finds that she is too judgemental when it comes to her relationship with Adrian. Khloe tells her that the problem is her own insecurities and Melika is very upset.

Khloe is tired, she decides to spike Lamar’s tea with Melatonin, even though Rob tells her not to. Lamar figures it out and he is not happy.

Lamar makes tea for Khloe and leaves her in the bedroom alone to sleep, he goes downstairs and invites Jamie over because he can’t sleep and he is bored.

That’s it, what did you think of the show?