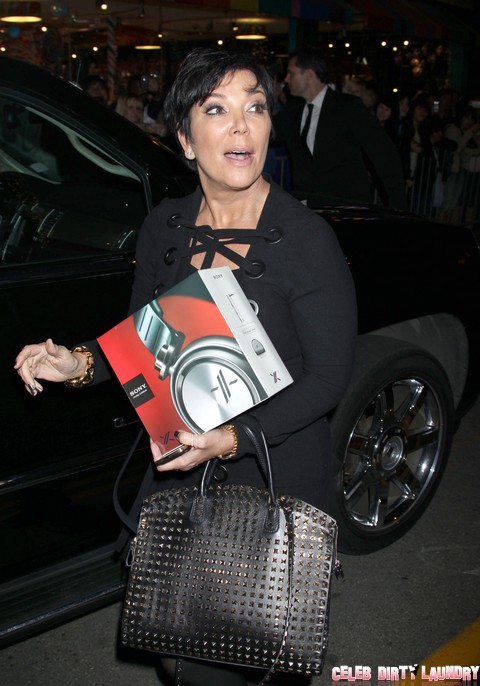 What is the first thing that you instinctively do to try and throw people off the right track? Yep, you deny that they are even close to the truth and no one uses this obvious tool more than our favorite celebrities. Chances are if someone issues a statement denying that something upsetting is brewing, not only is it happening but it’s probably a whole lot worse than you thought. Kim Kardashian took to her blog the other day to discuss her momager, Kris Jenner and her unhappy husband, Bruce.

Rumors have been swirling for a while now that this couple is fast-tracking their way to divorce court. If you caught the last season of Keeping Up With the Kardashians then you saw with your own eyes just how strained their marriage has become.  Kris cheated on her first husband and has been rumored to have a boy toy on the side as I type and that is the final straw for the long suffering Bruce.

Kimmie decided to address the rumors herself. Apparently the unhappy couple weren’t sitting together at an LA Clippers game and it raised eyebrows, says Kim. In a blog post she tried to explain away the family seating chart and in the end, who the hell cares what she has to say? Did you see the photos of Kris and Bruce? Regardless of how Kim paints the family landscape that is one miserable couple. She simply called attention to the photos that prove that the rumors are likely dead on.

Do you think Kris and Bruce will split in 2013? I’d put money on them making announcement sometime this spring. How about you, how much longer do you think they’ll last? Tell us your thoughts in the comments below!