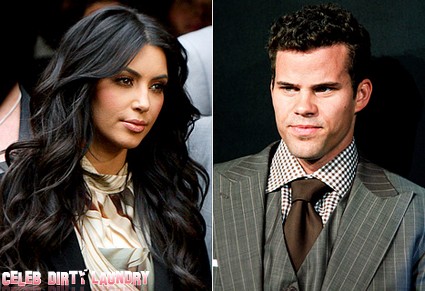 Another day, another twist in the neverending saga involving ex husband and wife Kim Kardashian and Kris Humphries. Will these two ever sort out their split and move on? I’m starting to wonder.

According to TMZ the pair could still end their quickie marriage with a simple annulment. But neither party wants to look like the bad guy and confess to fraud which would pave the way for the ruling – so the whole case is deadlocked. They’d rather save face than clear up this almighty mess. In the meantime their lawyers are making a packet from this ongoing legal stoush.

Apparently Kim is quite OK about ending her second trip down the aisle in an annulment if Kris will admit he defrauded her. In this case by promising to live with her in Hollywood and then demanding she up sticks and relocate to Minnesota for his work. But Kris doesn’t want that. He is pushing for Kim to admit fraud. He wants her to admit she never had any intention of making the marriage work. The reality TV star has always maintained it was true love and she married for all the right reasons. So that’s a no go as well. Which leaves us at a legal stalemate yet again.

It’s kind of ironic that ending the marriage is taking longer than the time they spent together as Mr and Mrs Humphries. It just proves what a major mistake this whole idea was in the first place.