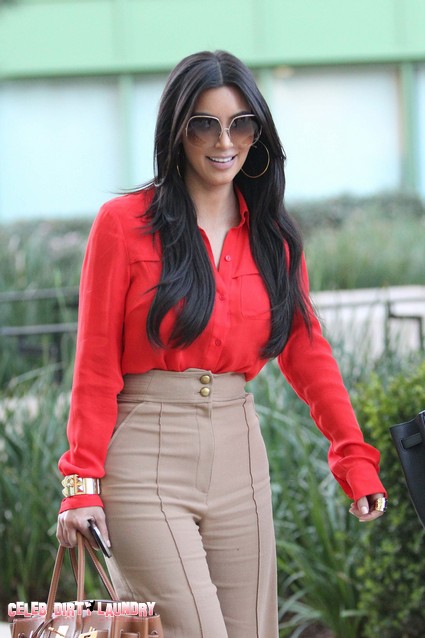 Kim Kardashian told a fan that she broke down crying while watching an episode of ‘Kourtney and Kim Take New York.’ If we can believe Kim, it was when she watched the episode in which she told her sister her marriage needed to end.

As we all have read countless times, Kim filed for divorce from her goofy husband, Kris Humphries, after just 72 days of marriage. As we watch the heavily edited and scripted reality show – with fake scenes inserted, like the heart to heart between Kim and momanager Kris Jenner in Dubai – we are made to have the impression that Kim and Kris were constantly arguing.

Furthermore, Kim attempts to make it appear that the fault lies with Kris. Despite all these contrivances Kim comes across as being a vicious shallow bitch and her sisters as well. And this is with her team producing the show!

Nevertheless we are supposed to believe that after watching an episode in which she confided in her older sister Kourtney that she knew her union with Kris needed to come to an end, Kim was left her in tears.

Following a meeting with medium John Edwards on the show, Kim told Kourtney: “I don’t want to be married anymore.  I honestly feel like I can’t do this anymore with Kris. I feel like I got into this way too fast. You know I’m not happy.”

After seeing the show, a fan posted to Kim on twitter: “I starting crying when you and Kourtney were talking to John Edwards!”  Kim, always one to cease the moment, responded: “Me too! So intense.”

Kim Kardashian and her family of superficial snobs cry for only one reason: when they don’t get what they want. Their emotions don’t even come into play, unless we include the emotions of greed, envy, and hate. They are like the wicked step-sisters of Cinderella, and their mother is a witch.