See Kim Kardashian Without Underwear – She Summoned Paparazzi For Photos! 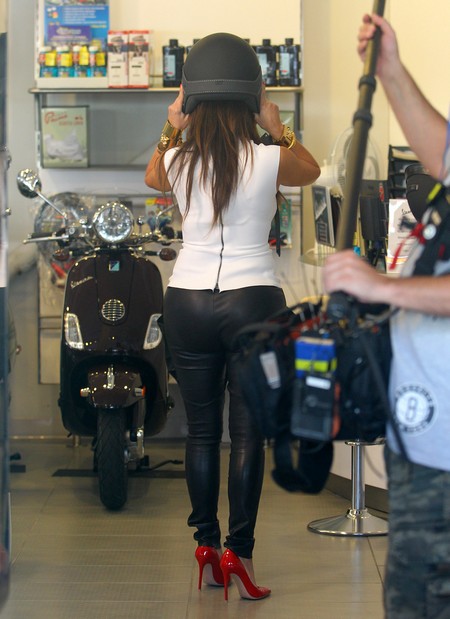 Want to see Kim Kardashian’s bare ass? Me neither, but she wants you to! Why else would she call the paps on a date with Kanye West, during which she wore a translucent skirt, giving us all a virtually unobstructed view of her too-big-to-be-real ass?

We all know that Kim is not the role model your mother picked for you. Considering that her career started after a sex tape was “leaked” by her and momager Kris Jenner, girl has nothing to hide, or fear. We can all see her naughty bits anytime we want to thanks to the World Wide Web, but apparently that isn’t enough to quell her thirst for attention. The diva was seen on a date with future fiancé Kanye West, and she was more than happy to show off all her bits and pieces.

Regardless of her sick upbringing, Kim is an adult and should know by now that you need to get dressed before you go out in public. I guess there is something to marvel at—Kim has founded her empire on being a shameless slut. She is worth millions, has an international following, and about fifteen reality shows. But maybe it’s time to pull the plug on the Kardashian enterprise and condemn the entire family to hard labor, orange jumpsuits, and no Chanel.

I could be very happy without them! What do you think of Kim’s disgusting outfit? It’s one thing to be spotted, but for her to call the paparazzi on herself is a new form of low! You can see the photos here. Fashion faux pas or what?