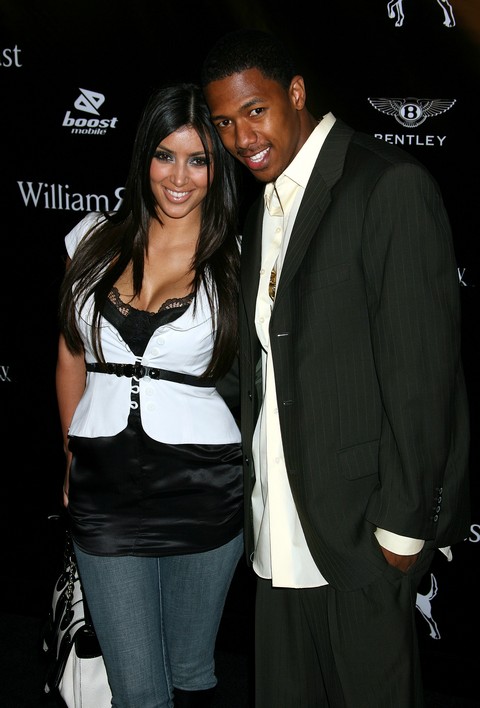 Long before Kim Kardashian became a household name she briefly dated Nick Cannon back in 2006.  Nick stopped by to chat with Howard Stern the other day and decided that now is as good a time as any to dish about those four short months that he spent with the future reality television whorelette.  According to Nick, Kimmie is actually one of the nicest people that he has ever met. He claims that she’s a great girl except for the fact that she’s a liar.

When he first got wind of a sex tape existing that starred Kim whizzing on sometime rapper, Ray J.  he asked her about it and she insisted that no tape existed. Nick was so smitten with Kim that he says had she have told him the truth he still probably would have had her back when the media started pimping the tape and slamming Kim. Instead he dumped her big butt because he saw with his own eyes that his girlfriend was a liar.

Nick is no fool. Now, years later, looking back on the whole thing he told Howard, “I still think she might have even had a part to play with (its release).”

Nick is kind of stating what is widely believed, of course Kim realized the only way to make really make people pay attention to her was to do something really raunchy for the whole world to see- at a price of course. It has even been rumored that momager, Kris Jenner orchestrated  how the tape was shot and distributed.