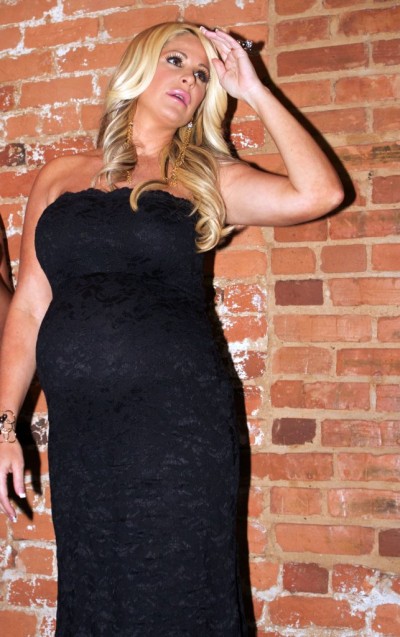 Money problems continue to hound Real Housewives of Atlanta star, Kim Zolciak. Days after a judge approved a gag order she requested for her parents, a source is confiding to Celeb Dirty Laundry that Kim hasn’t paid her taxes in over 10 years and could owe the IRS $7 million!

According to close family members, Kim has been committing tax fraud for years because she’s failed to pay taxes on the hundreds of thousands of dollars worth of gifts bestowed on her by old boyfriend, Big Poppa. While they were hot and heavy he was giving over $250,000 a month for her spending allowance even though he tried to limit her to $150,000. By the way, gifts over $50,000 must be listed to the IRS. Do you remember all the jewelry and cars he showered her with during the first two seasons?! If Kim is found guilty it could mean immediate jail time!

But the IRS isn’t the only one Kim’s evading. Our source also declares Kim hasn’t paid off her over-the-top wedding to Atlanta Falcon Kroy Biermann last year. Colin Cowie went on twitter last week to blast Kim for failing to pay the remaining $20,000 for his wedding planning services. Kim has naturally denied the charges.

Have you been keeping up with the show? This is all bad timing for Kim Zolciak. Taxes are one thing but just last week she was filmed rushing out of her dream “haunted” house before she could get evicted. Why does a reality star who allegedly makes $600,000 a season as well as extra for reunion specials have a hard time paying her bills?

Can you see Kim Zolciak going to jail? What will happen to all her wigs?? What do you think of the Kim Zolciak, IRS problems? Could it all just be an honest mistake or has she just lived beyond her means for way too long?