The Real Housewives of Atlanta Kim Zolciak Is Homeless 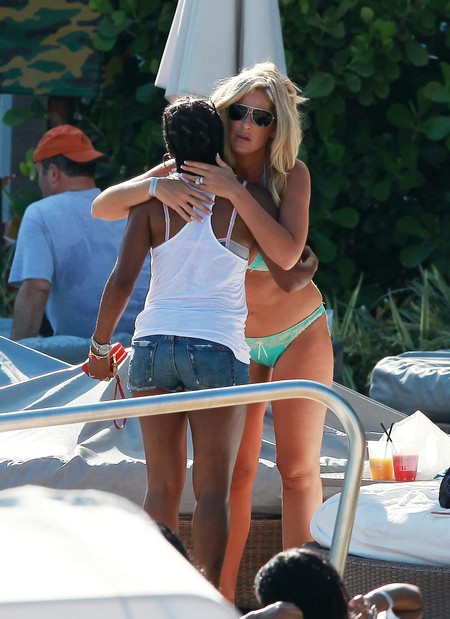 The Real Housewives of Atlanta’s Kim Zolciak is homeless but she still has a lot on her plate – just not a home! Not only did she recently get married to Atlanta football player Kroy Biermann, but she is also pregnant with her fourth child. On top of that, the housewife was evicted from her home this weekend. Our source reveals that Kim was renting a home from Atlanta socialite Kendra Davis who had filed legal documents against her because, according to TMZ, Kim was not paying rent and Kendra wants to get the housewife evicted.

I’m left wondering if Kroy realizes what a hot mess he got himself into? A trashy mess with a gold-digger, who acts like she is filthy rich, yet can’t even pay her rent.  Whatever happened to all the money she got from her last sugar daddy?

One thing is for sure, Kim is fortunate to have a supportive family who took her and her family in after they were forced to leave Kendra’s home and were left homeless.

“The Real Housewives of Atlanta” got renewed for a fifth season and according to Kim’s Twitter messages, she is currently busy filming the show, so we just might see all the behind the scenes of her eviction in the upcoming season.

Being the “attention whore” that she is, I really wonder how Kim is going to turn this around to make herself look good, ‘cause you know she is going to make out to be the victim in this whole “I got evicted” mess.