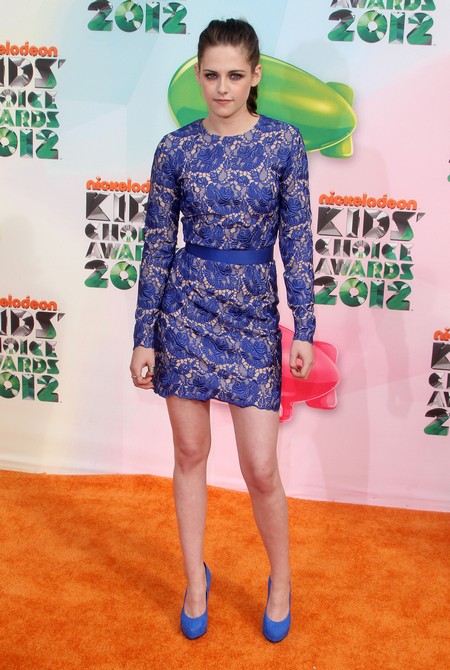 Kristen Stewart is at it again – the super celeb has a real knack for taking a positive statement and twisting it into an unbelievable slam at someone else. The actress is excited about the heroine she is playing in the upcoming film Snow White and the Huntsman and this time she’s taking an indirect shot at Bella Swan.  You know – the character that singlehandedly made her a household name?

Kristen explains that Snow White is a character that is strong independently of any support from male characters.  The implication is that Bella just doesn’t measure up to Kristen’s image of an ideal woman.  Perhaps Kristen would have preferred to see Bella portrayed like Rooney Mara’s fantastic characterization of Lisbeth Salander in The Girl with the Dragon Tattoo!  Can you Bella hauling off and bitch-slapping one of her enemies… or kneeing one of those nasty vampires in his private parts?

As Hollywood Life first reported, K-Stew chose to explain to Australia’s Film Ink:  “It is fairly common to have your story as a woman, even if you’re the protagonist, facilitated by all of the male characters,” she said. “It’s so rare to have a female lead character being so proactive. She pushes her own story forward, rather than being affected by all of the outside elements. Hopefully we do that, I’m really proud to be a part of something like that. It’s always food for women to feel empowered.”

While K-Stew is absolutely correct about there being a shortage of strong Hollywood female characters that really set an example, you can’t help but think it’s a veiled shot at the weaker character of Bella.  I mean, it’s no secret she isn’t exactly Bella’s biggest fan.  Perhaps Kristen would have preferred to be cast as the young Margaret Thatcher in The Iron Lady.

Of course Kristen is not paid to think – obviously – but since she is so popular the media are always eager to report her opinions.  What do you think?  Should we read between the lines of her words?  Leave a comment and weigh in!