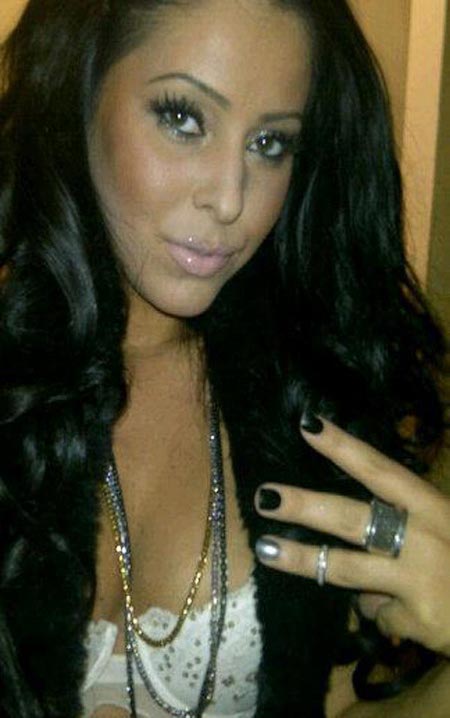 Wait, what? Weren’t these two canoodling like a week ago? Now Kris Humphries reports Myla to the FBI? Wasn’t she the latest “girl” in his life? Wow, break-ups happen quickly in celeb land! According to TMZ, Fatmire Sinanaj is now Kris Humphries’ ex-girlfriend and she’s allegedly a money hungry moron! Fatmire and Kris’ lawyers were having a little tete-a-tete on Friday, trying to get Fatmire to sign a nondisclosure agreement. She has some pretty interesting text messages and emails from Humphries that could possibly destroy his career(?). They’re putting a muzzle on this bitch and they’re doing it quickly.

Allegedly, Fatmire said she’ll release the information and give Kris a serving of Fatal Attraction if he doesn’t pay her a specific amount. This blackmailing bitch is all cray-cray it seems and this is the reason Kris sent for the FBI. Sources close to Kris would not reveal whether the extortion was done via email, text or even Facebook, but as Hollywood movies have taught us, as soon as there is a traceable amount of information, the FBI can be called in.

This recent turn of events between the two, is exceptionally disturbing. Kris is not the most intelligent of male species and many entertainment sources are to blame for the exposing of his stupidity, but we wouldn’t wish this situation on our worst of enemies (okay, maybe we would, but that wouldn’t be very Zen of us, now would it?).