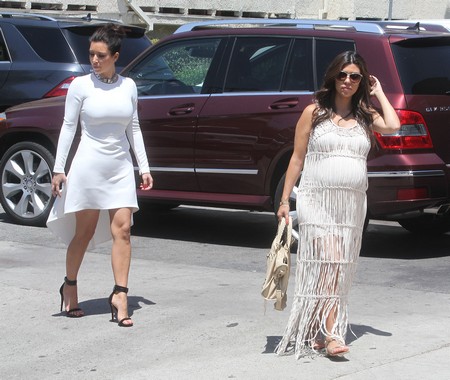 Just when you thought Kim Kardashian and the Kardashian/Jenner family couldn’t possibly be accused of anything new and unusual, along comes Gino Romano. On June 14th the Florida man petitioned the court, seeking a restraining order against Kim, Kourtney Kardashian and Khloe Kardashian, as well as their momager, Kris Jenner.  In his truly bizarre filing he claims that he was attacked by the reality stars while visiting Bush Gardens on June 10, 2012.

The Kardashian’s: Reality Stars, Famewhores and Assassins – we can see the title of the TV reality show episode now. Ma Barker replaced by Kris Jenner in annals of American gangster lore… Romano claims he had to file for a restraining order because he fears for his own safety saying,

“I was forced to bed confined [sic] because my head is injured from Kardashian assassination attempt against me, but I know they are coming back, because Kim Kardashian told me this in Arnold Schwarzenegger‘s voice.”

The judge threw out Romano’s first allegations and denied his request for legal protection, so the Floridian tried again.  This time he said that he was assaulted by the Kardashian’s on June 11, 2012 at Walt Disney World and his claims got even crazier.  I can see the Kardashian sisters doing many things, but I’m pretty sure the chance of Kourtney tasering Gino is just as far-fetched as Khloe slamming him to the curb while wearing a sumo wrestler costume!  Those are just a few of the things that Gino says occurred while visiting Disney!

Naturally, on both of these days in question, Romano has no witnesses to back his special level of crazy allegations.  What do you think of all this?  Kim Kardashian accused of attempted murder – if it were Kris Humphries she was trying to off then maybe… Do you think Romano is bonkers or just another person seeking their ten minutes of fame any way that they can get it?  Tell us what you think in the comments below.