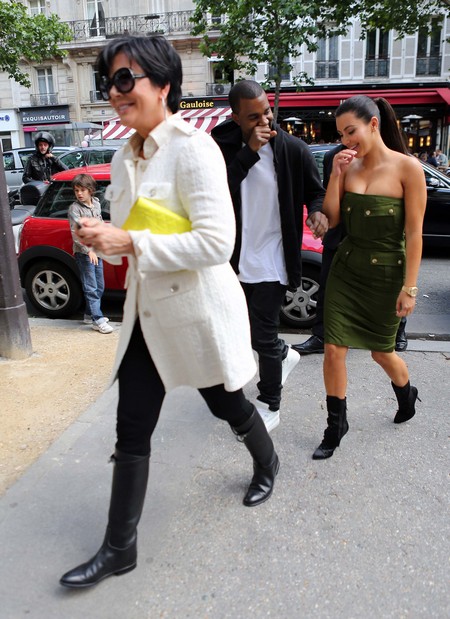 Kris Jenner is an attention whore and therefore loves getting as much attention as she can. She finds that whether the press is good or bad she doesn’t care, as long as her family is in the news. Our source reveals that Kris Jenner now admits she was behind Kim Kardashian’s sex tape and I absolutely believe it.  Can we expect famewhore Kris to be producing the upcoming Kim Kardashian sex tape with Kanye West?

Let’s be serious, Kris decided that Kris Humphries was small potatoes and together she and Kim plotted on how they could snag Kanye… and now they are working on Beyonce.  That family functions like the parasitic pod people.  It’s all about money and family for Kris, “When news broke that Kris helped Kim make her famous sex-tape, Kris could care less. For Kris, publicity is publicity, whether it’s good or bad.”

This comment shows that Kris had something to do with Kim’s sex tape, I don’t know if she helped her film it, made her film it or maybe even publicized it for her, heck it could have been all three for all we know and it wouldn’t be much of a surprise if she did.

Here’s more, “Kris has always said that remaining in the spotlight is what generates fame and money. It’s all business for Kris and she feels like one day her daughters will thank her, regardless if they feel embarrassed or humiliated by certain stories that are revealed to the public. If it hadn’t been for that sex tape, the whole Kardashian Empire would be no where! Kris is very proud of what she has created!”

In all my life I’ve never seen a mother get so happy over their daughter having a sex tape. But what can you expect from a mom who pimps out her own teenage daughters? Most parents that are decent, or people with common sense, would find their daughter doing a sex tape a bad thing… which leads me to believe that Kris Jenner is a both a bad parent and one that lacks basic common sense.