Kristen Stewart and Robert Pattinson Back Together Thanks To Her Mom, Jules Stewart! 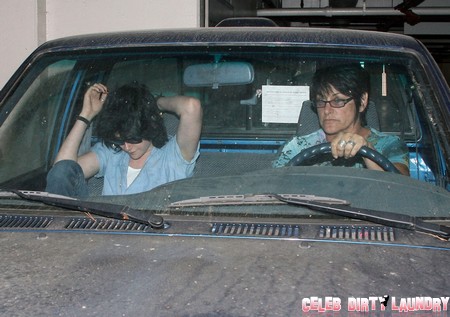 Kristen Stewart’s mom, Jules Stewart, is to thank for bringing Robert Pattinson back into her life.  Jules was “devastated” by the photos that surfaced of Kristen cheating on Rob with her Snow White and the Huntsman director Rupert Sanders.  Jules considered Rob part of her family and she could not comprehend why Kristen would cheat on him, but ultimately Jules understood that Kristen is still young and is going to make mistakes so she has supported her decision to try to win Rob back.

By Jules supporting her I mean going out and doing the dirty work herself by whispering in Rob’s ear about how sorry Kristen is, how much she misses him and how they need to try to work it out because they belong together.  Now correct me if I’m wrong, but isn’t a 22-years-old considered an adult?  Could Kristen not get into Rob’s head by herself – did she have to enlist the help of someone Rob respects?  Did her mother really have to interfere and force Rob to take Kristen back?

Apparently that is exactly what was needed to be done, because despite the protests of his friends and family, Rob and Kristen have gotten back together and are working on their relationship and getting past Kristen’s cheating.  Radar claims that Rob continuously asks Kristen for details of her affair with Rupert.  Yeah, that sounds like he’s trying to move forward.  Still think Kristen is the girl of your dreams and the woman you want to marry, Rob? How does the saying go, “Once a cheater always a cheater”?

Hey, I’m rooting for “Edward and Bella” to stay together as much as the next twi-hard, but to coerce him into a relationship with no trust is just asking for disaster.  I for one would love to have a front row seat for that show.