Kristen Stewart: Robert Pattinson ‘Loves To Lick Under My Armpits’ 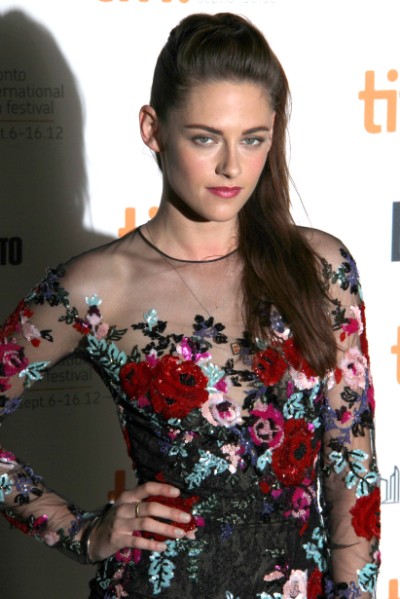 Kristen Stewart bravely gave some interviews on the On the Road red carpet at TIFF but it’s her past words that keep coming back to haunt her. She sat down with Vogue journalist Christa D’Souza one month before pictures of her cheating with Rupert Sanders surfaced and gushed over now ex-boyfriend, Robert Pattinson. Well, she gushed and she gave way too much information.

In a moment of unlikely candor she said, “My God, I’m so in love with my boyfriend. I wish he were here now. I think I want to have his babies,” and added “I love the way he smells. And him me. Like, he loves to lick under my armpits.”

That REALLY doesn’t sound like Kristen, does it! But it’s true which makes it so weird and kind of sad. She must have been joking, right? Why would you say something like that seriously to a journalist? Obviously quotes are misleading out of context which makes them so much fun for us.

You have to wonder why Kristen cheated if she had such strong feelings for Rob. As evidenced by her current wardrobe, she obviously still does. What drove her to Rupert? Did it have something to do with her parents’ divorce? Was she afraid of the future? Or (as some people love to think) was their relationship really a showmance? Whatever the reason. What’s done is done. She made a strong stand last night and even looked people in the eye while answering their questions. Good for her! Lainey Gossip said her leg was shaking while she posed for pictures and she started getting red bumps on her neck as she spoke to reporters. I feel for her! But she did it. She didn’t have to but she did it. Hopefully the old interviews are done surfacing and she can move on.

How do you think Kristen did last night? Can you at least give her props for showing up? Also, what do you make of the armpit info? Gross or just sad?