Why Kristen Stewart’s Fans Forgive Her For Cheating Scandal 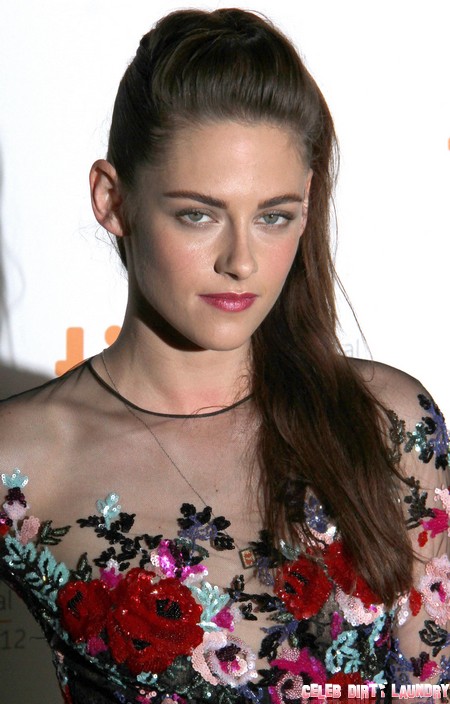 The Internet has been one big Kristen Stewart hate fest since news of her affair with her married Snow White and the Huntsman director Rupert Sanders broke. We’ve seen her around town, dressed in Robert Pattinson’s old clothes. We saw her snarling and pointing at Nick Cassavetes. Now, we are seeing her in a floral gown with a weird, sort of 80s ponytail at the Toronto International Film Festival, where she is promoting her new film On The Road.

Although I’m not in love with her wardrobe/hair style, I am glad that she is fulfilling her contract and promoting the film—it shows maturity and compartmentalization. Who knew that, instead of being a target for flour bombings and rotten tomatoes, Kristen would be greeted with huge posters with slogans, “We Are Always With You Kristen Stewart,” and “Talent, Beauty, Strength & Courage.” Now, ignoring the awful use of commas in that last poster, let’s talk about what these posters mean.

I think there are two interpretations. The first: someone at Team Kristen handed those signs out to the crowd to amp up K Stew’s ego and make her feel welcome. The second? That some really sad fans spent a lot of money on full color posters, just to tell an actress (who probably doesn’t care about the ‘little people’ who support her movies) that they aren’t upset that she had an affair, breaking up two relationships in which those fans had no part. I am all for a positive hash tag, a blog post, a Facebook status—whatever, really—to pick a side in a Hollywood scandal. But the minute you start swiping your Visa, it’s probably time to reconsider your role as a fan.

Well, what does it mean? Is Kristen forgiven? Can her “career” move forward from here? Will she always be known as “that girl who cheated on R Patz and gave ten million tweens hope”?