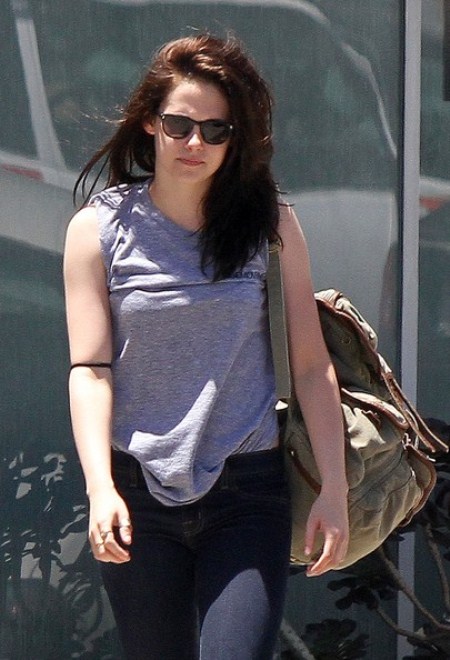 In a recent interview with “Interview Magazine” Kristen Stewart, when asked about sex and how sex tapes actually bring fame to some people, had this to say, “Yeah, but they’re lying while that video is being made. The act is in itself a lie. You’re faking something. The girl is lying there, she’s pretending that she doesn’t know the camera’s on, she’s getting banged, and “accidentally” it leaks out?”

Even though I hate Kristen Stewart as an actress with her emotionless face, I have to say that this is all without a doubt very true. People just don’t randomly catch you having sex and film it, it’s all done willingly and it’s the people themselves who leak it to the public.

Especially-people like Kim Kardashian who was a-nobody and then after being seen in a sex tape is now some sort of symbol of fame in the media, it’s really just disgusting to know that it doesn’t take much to become famous in modern society, Kim pocketed a cool $5 million from the first tape. No talent needed to get famous, just a sex tape.

Wow, that would make two things that Kim is good faking at, sex tapes and marriages! Three times a charm, I can’t wait to see what’s next?