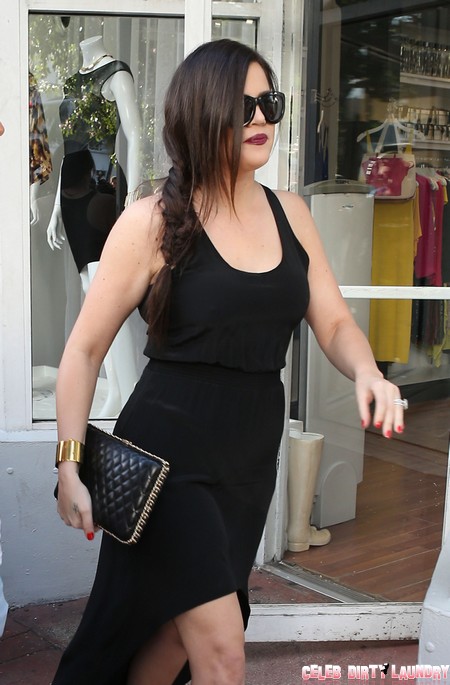 Yesterday, P. Diddy’s birthday party took place at Greystone Manor in West Hollywood. The usual suspects attended, which included Busta Rhymes, Rampage Jackson, Amanda Wagner, 19-year-old Detroit Piston baller Andre Drummond, and Lamar Odom – sans Khloe Kardashian. Wait, what? Did Khloe not attend the birthday party of the biggest and most badass celebrity in all of Hollywood? Did her stint on X-Factor USA cause her to cover up her nipples and hide from the cameras? It could be, but we’re placing our hard earned bets (you hear that Kim Kardashian?) on a relationship that is sinking faster than the Paranormal Activity franchise.

We might look stupid when we’re trying to rip the plastic off our fave new indie band CD, but we’re definitely not stupid when it comes to celebrity relationships. There’s always a raging fire beneath the untrimmed bushes of the Kardashians (interpret that as you wish), and they’re always one step away from becoming an Apocalyptic disaster film. These short bursts of relationship failures usually lead to all round relationship heart failure – it happened to Kristen Stewart and Robert Pattinson, so why won’t the same happen to Lamar and his Kartrashian?

We all know that Lamar and Khloe are not the most stable horses in the relationship stable, nor are they heading for a romantic rendezvous on a cool beach with an even cooler sunset. The baby issues, the reality television spotlight, the sudden Khloe X-Factor fame, and that naughty-as-nipples Kris Jenner have all been playing a part in slicing away the outer layers of their relationship. They’ve been through thick and not-so-thin during their short marriage, but have somehow managed to keep up with the Kardashians.

The future of this couple, however, is as murky as the sewerage water in a town of diuretic addicts, but luckily for you, we wiped the dust off our crystal ball(s) and witnessed a neon headline that reads: “Khloe Kardashian and Lamar Odom are no more – the couple blames reality television on their downfall.” First comes P. Diddy’s shindig, then comes hatred, then comes the clinking of a million dollar ring being washed down the toilet.

The incessant tone of a flat line is imminent, but don’t fret, because Celeb Dirty Laundry will keep you updated on the crumbling of this faux romance.