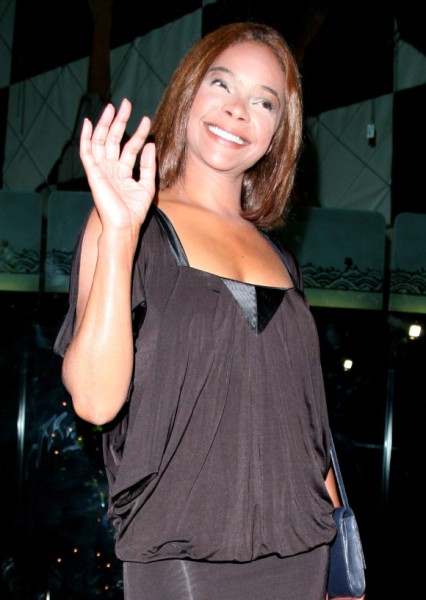 Lark Voorhies got caught acting like Anne Heche in the desert and now her mom is playing damage control. I just want to call her Lisa Turtle so much! Well Lisa, I mean Lark, acted like she ate one cheeseburger too many at The Max on a Yahoo! video earlier this year. Apparently she was mumbling all over the place and looked like she was seriously drugged out. But now her mom is ready to set the record straight. It wasn’t drugs – well, illegal ones anyway. Lark’s been diagnosed with a bipolar disorder! Where’s Screech when you need him? Is he still making porn? My, how those kids from Bayside have fallen.

“There are things that have traumatized her,” Tricia Voorhies told People magazine. “I care deeply about my daughter and I want her to resume her life.”

Anyway, I kind of thought that was the end of the story. Lark acted up and her mom explained away the crazy. But not so fast because Lark says she’s perfectly fine. In fact, she said she’s never been busier or healthier. Lark’s self publishing her own books, working on small indie films and recording music. Sounds pretty text book manic to me. But her explanation of the Yahoo! video is much better than her mother’s. She told people. “I have a strong spiritual sense. You caught me in moments of pray [sic].”

Right. Poor Lark Voorhies! Bipolar disorder is bad enough but to live in denial has got to be hard for everyone around you. Lark lives with her mom so Tricia has a front row seat to all the madness and plastic surgery issues. Have you seen Lark lately? The pic I posted is a few years old. She’s hasn’t been using that Saved by the Bell money smartly. Her face is a mess. Hopefully her mom coming out will help her wake up and get the help she needs. Did you watch the Yahoo! video? Did Lark seem healthy to you or is the Saved by the Bell Star mentally ill and living in denial?