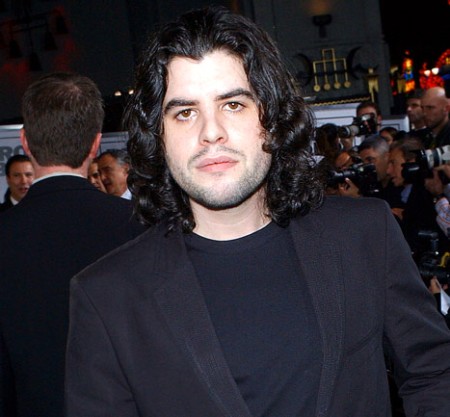 Just a day after police officers reported that Sage Stallone’s home contained baggies filled with a suspicious white substance and about 60 large prescription bottles for Hydrocodone, they are investigating the likelihood that Sylvester Stallone’s son was a drug dealer.

According to TMZ, authorities do not think Sage was a drug addict because at 188 pounds he did not fit the profile. “One law enforcement source tells TMZ, ‘He was pudgy, and drug addicts are almost always rail thin.'”

Another reason they believe Sage was dealing was because all of the Hydrocodone bottles in his house were empty. Sources told TMZ each bottle contained up to 500 pills resulting in 300,000 pills that were all missing. LAPD will try to trace some of the bottles and serial numbers but believe there’s a “strong likelihood” the pills were shipped from outside the country. The white baggies mentioned yesterday are now believed to have contained crushed up Hydrocodone, though TMZ insists nothing has been tested yet.

If Sage does indeed turn out to have been dealing drugs he won’t be the first child of a massive celebrity star to do so. Michael Douglas’ son, Cameron Douglas, is currently serving jail time for numerous drug-related charges.

I’ve never understood why these rich kids feel the need to ruin their lives this way although we can all guess that the pressure of living up to their famous parents must be difficult. An article in the UK’s Sun this morning claims Sage was having a rough time dealing with his father’s career.

Friend to Sage, Stephen Wozniak, told the newspaper that he struggled with depression and anxiety and the overwhelming fear that he would never be able to live up to Sylvester. The recluse turned to prescription drugs, chain-smoking and comfort eating to dull the pain. “Sage was not in the best of health and I think he felt the pressure. He wanted to make his dad proud. He felt the need to deliver rather than develop,” Wozniak said. “It was such a huge shadow to grow up in. He was private and guarded. I’m certain he did spend time alone for weeks. He was very heavy, 50lb overweight or more. He ate incredibly rich foods every day. For him it was comfort food. It would help him relax or sleep. He kept strange hours — he would rise at 3 am and go back to bed at 7 am. He drank a great deal of soda, eight, nine, ten cans a day. Probably more. He also smoked two to three packs of heavy-duty cigarettes a day. And I was aware of the prescription drug use. He had all the telltale signs of depression.”

But despite these insecurities, Wozniak points out there wasn’t any animosity between father and son. “Like all young people who want to strike out on their own, he did have a period where there probably was some disdain. But he loved his dad and idolized him — more than people know.”

Does this put the mystery surrounding Sage’s death into better perspective for you? I’m not too sure for myself. My heart goes out to Sage’s family and for his struggles. But for just as many Cameron, Charlie Sheen and Sages there are also the Stella McCartney, Kate Hudson and Gwyneth Paltrows. I didn’t mean to make it a battle of the sexes. Perhaps girls are easier to control when they are younger? Maybe fathers are just more apt to give harsher rules to their daughters? I don’t know. It’s just a shame that someone with so much money, and seemingly, familial love and support had to go this route.

Do you believe Wozniak’s story? Do you think Sage turned to dealing and drugs because coping with his father’s massive shadow was too overwhelming?