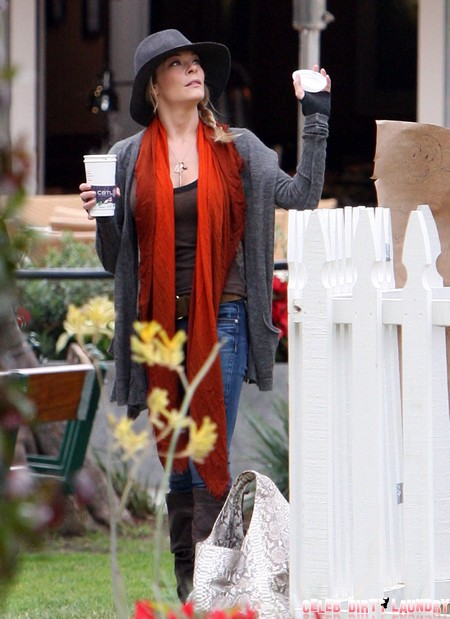 America’s Got Talent lost a judge over the summer, but not any judge, the incomparable and hip-shooting Sharon Osbourne. The producers of said show have been clamoring to find a new judge to fill Sharon’s neat little shoes, and now, according to a new TMZ report, the three potential judges have been revealed. What about a dramatic drum roll, anyone? Anyone…?

Producers have set their sights on Shannen Doherty, Carly Simon, and LeAnn Rimes. Wait, what? Why would the producers choose C-list judges to fill Sharon’s spot? Oh yes, it’s because America’s Got Talent is like the red-headed step child of reality television, the quiet (and scary) niece of American Idol, and the junk-in-the-trunk uncle of X-Factor. These used-to-be-hot names in the industry are now mere extra spots on late night re-runs of one-season talk shows.

AGT is supposedly looking for a strong and opinionated woman, but none of these three are actually opinionated, now are they? Carly Simon moaned and groaned about a mystery man being “vain” for almost her entire career, Shannen Doherty became the Val Kilmer of television after that horrid, misaligned conundrum called Charmed, and LeAnn Rimes couldn’t fight the damn moonlight in one of the worst movies of all time, Coyote Ugly.

According to the report, the producers are also planning to fill other seats, because Howard Stern and Howie Mandel are not under contract for the next season. It is, therefore, quite possible that the judging table might completely be revamped, ala American Idol. No offers have yet been made for Doherty, Simon, and Rimes, but TMZ is adamant that their sources are correct in their assumption.

NBC spokesperson, Sharon Pannozzo, claims that none of these judges are currently on the soon-to-be-hired list, but we’re thinking this would be the perfect playground for these out-of-touch and out-of-mind celebrities. America really does have talent, but this judging table might be the biggest mistake in reality television history. Imagine the viewership losses, imagine the painful and rehearsed quips, and imagine the junkyard contestants that will be discovered by this panel of backyard judges.

What do you think? Will these three be a good fit? Let us know your thoughts in the comments below.