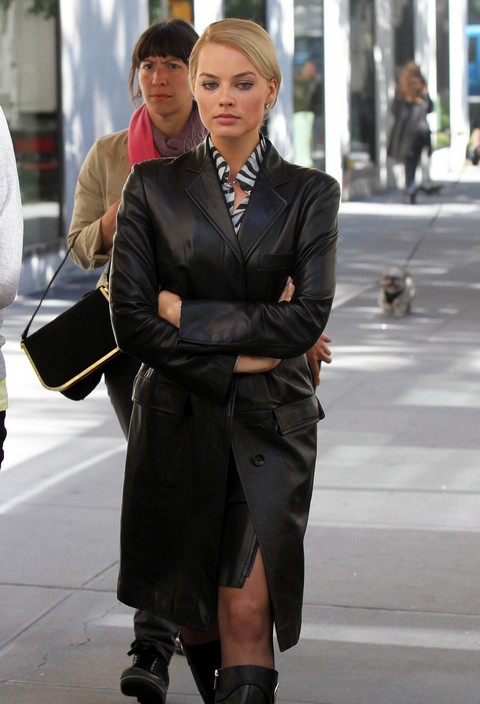 Leonardo DiCaprio has got to be one of Hollywood’s hottest players. Seriously, can you believe he is quickly approaching 40 and has yet to put a ring on anyone’s finger?  The actor is known to date a string of much younger models. His relationships last about a year and then he moves on to a younger, hotter variation on the same theme, a’la George Clooney.  At least until now that has been Leo’s MO. Now it looks like he has been caught getting cozy with his The Wolf of Wall Street costar, Margot Robbie.

The 38-year-old actor has grown a wee bit closer to Margot and  he reportedly stayed overnight at her apartment in Union Square, New York last week. He was spotted sneaking out of the 22-year old’s digs the next morning. The two reportedly share a smokin’ hot chemistry that was on full display last month at Leo’s Vegas birthday bash.  He was single again after a nearly year long fling with Victoria’s Secret model, Erin Heatherton. She, like all the ladies before her, wanted more and Leo made tracks for the door instead. That left him open to the possibility of something with Margot at his party and they spent a good deal of time together. That might just be when things turned from professional to up close and very personal.

Another month, a new romance for Leo. Will he ever find the right woman and if he does, is he ever going to step up and take the plunge? Do you think Leo is commitment phobic and that is why he pulls the plug on all of his romances the second his main squeeze wants to make it a little more permanent? Tell us your thoughts in the comments below!