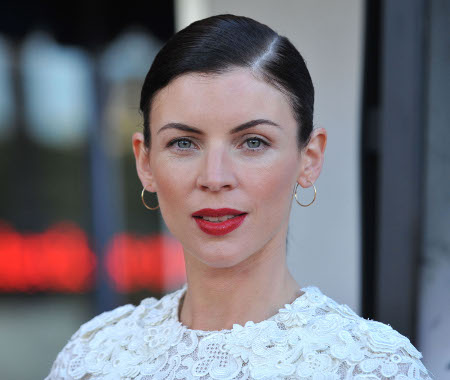 Despite having been seen out and about with her cheating husband Rupert Sanders yesterday, Liberty Ross, model and mom of two kids, was still missing one piece of tell-tale jewelry from her ensemble: a wedding ring. Is this a sign of what’s to come? Has Ross finally put her foot down and is she now consulting a divorce attorney — since that is where she was reportedly on her way to? Or is this a publicity stunt for people like us to write about her? If I were in her position I wouldn’t even think twice about leaving that cheating husband of hers.

In the past, Ross has expressed how moving to Los Angeles has made her feel like a “single mother.” With light of the current situation it may just be best for her to be, in fact, a single mother. How can one possibly explain to two children that their father had a relationship with one of his stars he was directing?

That man had no shred of dignity; however, don’t get me wrong, neither did Kristen Stewart. How are we to really know that if they didn’t get caught they would still be  running off to find secret locations until it fizzled out? This “momentary indiscretion” was going on a lot longer than any Twihard fan probably thinks.

Sure, if I found out my partner was cheating on me I would be outraged and unapologetically furious at them. But this woman seems to be handling it a whole lot better than I would. But I have to keep in mind I am not a mother and she has to keep it together for them as well. Liberty Ross taking off her wedding ring, supposedly meeting a divorce lawyer . . . I’d say this is a wonderful first step in getting a better life and getting away from a man who prefers a 22-year-old Twilight lip-biter. What are your thoughts and feelings on the Kristen Stewart and Rupert Sanders Affair? Where has Liberty Ross’ wedding right gone?