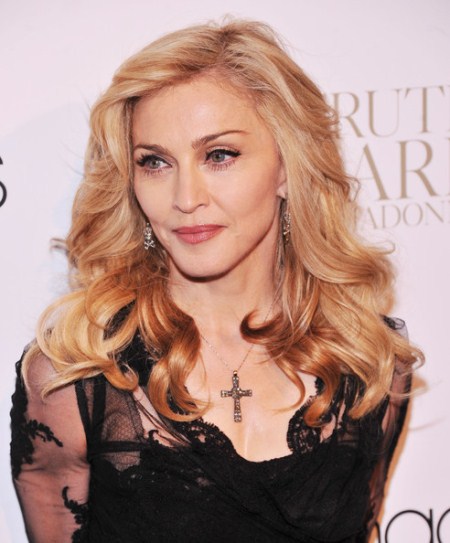 Our source reports that Madonna was holding both an AK-47 and a pistol to her dancers at a concert in Israel; this has to be one of the most stupid ideas anyone could ever come up with! Isreal has so much violence between Jewish people and Palestinians, what the hell was Madonna thinking she would accomplish? In the end, Madonna made a lot of the people at the concert uncomfortable and she also disgusted and insulted many as well.

Honestly, if you take a look at the outfit she was wearing in Israel, her boobs look similar to that of a deflating balloon; her attire is just as disgusting as her choice of bringing guns on stage. Scratch that; make it three disgusting things, since her music is just crap.

Madonna is way too old to continue what she’s doing today; she has to learn that it’s time to just retire. She has proven with her music that she is just an embarrassment to the music industry, with the horrendous lyrics that an eight year old could have written. This whole “gimmick” of guns in Israel shows that Madonna’s common sense is just as messed up as her music.

I just can’t understand how people can still believe she’s great; I really fear the direction of humanity if they can honestly go ahead and admit to loving such garbage.