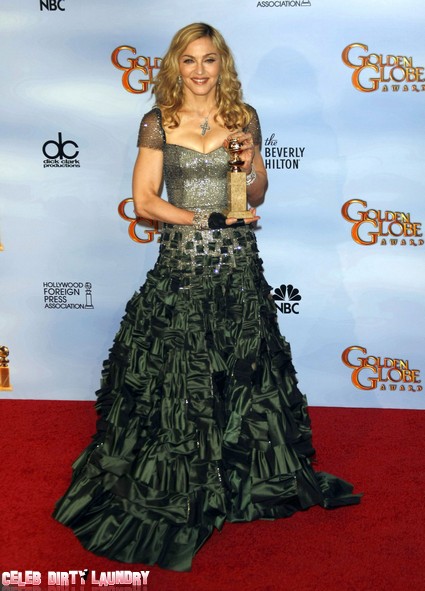 53-year old, Madonna had high hopes for her new single “Gimme All Your Luvin” but those hopes have now been shattered since the first song from her new album has flopped. Madonna launched the single to 114 million viewers at the Super Bowl and that didn’t even help her.

Personally, I am not that surprised. Writing a song that had the words “L-U-V Madonna” was ridiculous and annoying enough, but promoting it at 53 years old by jumping around on stage with a teenage cheer leading squad, only made it immature and left me disappointed because this was clearly not the work of an icon!

Some downloads were given away last week as a free bonus track when fans pre-ordered Madonna’s new album and some thought that that may have been the reason for the flop, but sales have been poor and there no longer appears to be a chance for recovery.

“Give Me All Your Luvin” was Madonna’s first new track in three years and the first release from a three-album deal she signed with Universal. This is the first time the lead track from one of her albums has not gone into the top ten UK charts since 1982.

Could this be the end for Madonna?  Should she just retire before she destroys what’s left of her reputation?

Tickets for Madonna’s Hyde Park show went on sale last Friday and have yet to sell out. Although some tickets on her international tour have indeed sold out. As long as Madonna keeps it real with her classic songs on her new tour, fans should not be too disappointed but is that what they are paying for?