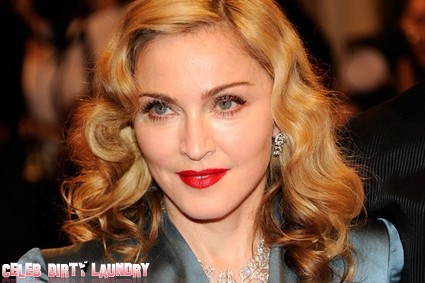 Madonna isn’t mucking around when it comes to her new album. So when someone leaked her much anticipated first single online last month she was not happy. The Material Girl put her lawyers to work and they found the offender.

The investigation led to a town called Zaragoza in northern Spain. A 31 year old was arrested, charged and then released after Police allegedly found he had recordings of the song ‘Give Me All Your Love’. It was one of several Madonna tracks on his hard drive. All we know about the suspect is his initials  – J.M.R. –  and that he’s a major fan. How he managed to get his hands on a copy of the song remains a mystery.

At the time Madge and her Manager Guy Oseary were worried more tracks would end up online. Guy even made a public appeal to try and plug the leak  “We are asking that the fans please help us police any more leaks. Whoever is responsible for this leak, we ask that you please stop!”  To date the rest of the album remains a closely guarded secret. Security surrounding the recordings has been stepped up.

The superstar has tweaked the song since it’s unscheduled airing in November. It’s now called ‘Gimme All Your Luvin’  and will officially hit the airwaves in the last week of January. Just in time for her all important Superbowl appearance on February 5. The album  – Madonna’s first in four years – will follow in late March. It’ll be the first release on her new label Interscope.