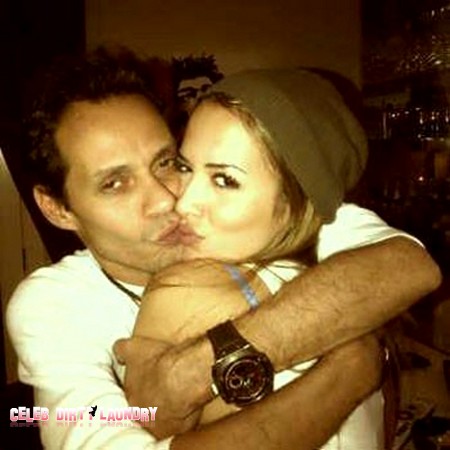 Marc Anthony is working hard at teaching his former wife, Jennifer Lopez, that he can be just as much of a hedonistic pig as she. After dumping Marc, Jennifer hooked up with the 24-year-old backup dancer Casper Smart and has been sporting her toyboy everywhere – as though buying a young stud was something to be proud of. Sadly, JLo has often been mistaken for Casper’s mom! Furthermore, Casper has a history of criminally dangerous driving and this inspired Marc to go after JLo – threatening to take the kids if Casper was allowed to drive them about.

Now Marc has devised the perfect revenge – he has his own 24 year-old bimbo! Marc has embarked on a romance with Venezuelan model Shannon De Lima – who has a four-year-old son from a previous relationship – and was first runner-up in Miss Earth Venezuela 2005.

Jealous Marc posted a message on twitter in Spanish which translated as: “To Shannon, my statue of liberty. Kisses baby!”   On his Facebook page, Marc posted a picture of himself embracing Shannon, captioning it “Gracias”, the Spanish word for thank you.

What will be the next step in this competitive display of obnoxious aging celebs trying to act young? Will JLo compete with Selena Gomez (and Mariah Yeater??) in a try for Justin Bieber? Will Marc attempt to hook up with Miley Cyrus? Stay tuned and let’s see.