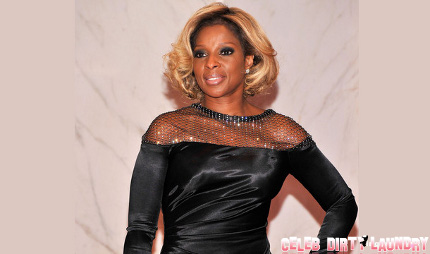 Mary J. Blige hasn’t had the best of luck recently — her charity was sued for failing to pay back a $250 000 loan to TD Bank and now reports have surfaced that Mary’s college beneficiaries might have to drop out of college because Mary’s charity flaked out in paying their tuition fees. So much for no more drama, hey Mary?

25 of the lucky graduates from the Women’s Academy of Excellence (not so excellent now, hey Mary?) were promised a four year scholarship at a college of their choice, but several of the girls complained that their tuition bills are stacking up higher than Kim Kardashian’s divorce papers.

Gennevive Sarfoah studies at SUNY Canton and made the dean’s list. All is good and well with this excellent student, except that she will have to drop out of college (very soon) if the bills remain unpaid. Not so philanthropic now, hey Mary? Well, to put the Mary J. Blige fans at rest (chill your pills!), all the drama wasn’t really Mary’s fault. The singer told TMZ recently that she “didn’t have the right people in the right places doing the right things.” So, who is to blame, Mary? The accountants? The charity? You? Blame whomever you want — the 25 girls are dropping out of schools quicker than a man exits a Kim Kardashian marriage.

A mother of one of the girls recently admitted that her daughter also went through a dramatic ordeal with the tuition fees and after phoning the charity numerous times, there was no response.

This is a massive blow to the already shaky image of Mary’s charity and reparation needs to take place in order to rectify the 25 girls’ lives that are currently shaken up. Mary might have explained what her PR person felt she needed to explain, but as they say in Tibet, actions speak louder than words. Not so loud now, hey Mary?