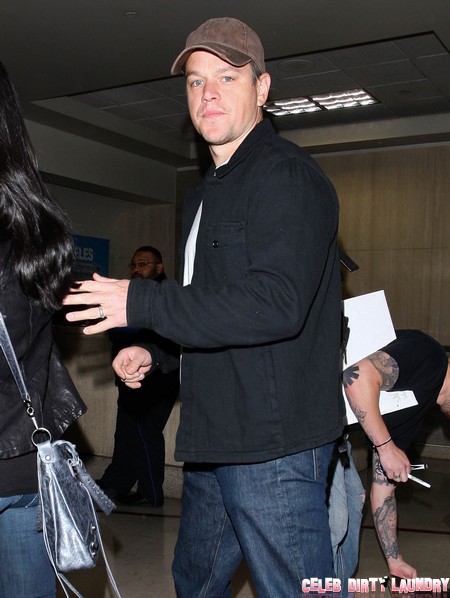 Before you get all shocked and bothered note that we are NOT reporting that Michael Douglas and Matt Damon are having sexual relations.  Nor are we reporting that Mike and Matt are playing with, or using, sex toys – I mean how would we know anyway?  But what we are reporting is that the two A-list stars are under suspicion of stealing and hiding sex toys on the set of HBO’s new Liberace movie!

It seem the two actors are having a ball on the set of Behind the Candelabra, the HBO drama all about the entertainer known by the single name, Liberace. Wladziu Valentino Liberace was born as a Polish-Italian American and rose to prominence as the highest paid entertainer-pianist in the world for many years in the 1950’s through 1970’s.  Questions about Liberace’s sexuality were always bandied about but he never admitted publicly that he was gay.  Times were very different then and the prejudice against homosexuality was rampant and severe.  It would be difficult for a young person today to comprehend how difficult the struggle was for people in the LGBT community – and if they were celebs, then the struggle was that much harder.  In any case, Betty White pretty well ended the questions over Liberace’s sexuality when she admitted in 2011 that she was his beard.

Back to Matt and Mike – it seems that a variety of sex toys are vanishing on the set of Behind the Candelabra and suspicion has moved alternatively between Damon and Douglas.

Stars Damon and Douglas are actually accusing each other of the kinky krimes!  Said my source: ’Michael had everyone in stitches when he told them he’s convinced the culprit is Matt Damon!  But what Michael doesn’t know is that behind his back, mischievous Matt’s been been telling anyone who’ll listen that it’s gotta be Michael who’ stealing the fun gadgets!!’

All in a day’s work for our busy Hollywood stars.  Let’s hope they don’t allow Lindsay Lohan to get on the set.  Then not only will they be missing sex toys but they’ll have to replace the piano.

Check out our partner Celebuzz to see some great photos of Matt and Mike on the set of Behind the Candelabra!