Meet The 2012 Dancing With The Stars Season 14 Cast and Partners! (Video) 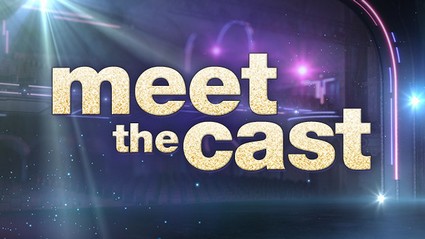 It’s that time of the year again – the cast of the new season 14 of Dancing with The Stars was announced this morning on Good Morning America by Tom Bergeron and Brooke Burke.  Tom tweeted this morning about the getting ready for the announcement: “2:30. Up. Showered. Shaved. Coffee. Car keys. Ready to head to GMA Hollywood set for DWTS Season 14 announcement. Wait. Oh, right. Clothes.”

The stars, the drama, the glamour and the glitter are back on ABC! “Dancing with the Stars returns for Season 14 on Monday March 19th (8:00-10:01 p.m., ET) with a sensational two-hour season premiere, then on Tuesday March 27th, with the premiere of “Dancing with the Stars the Results Show” (9:00-10:01 p.m., ET). Be sure to join us because we will be live blogging each and every show with all the details each week!

We posted some fairly certain rumors last week about who the cast would be.  It included singer/songwriter Gavin DeGraw, The View co-host Sherri Shepherd, actor Jack Wagner, Little House on the prairie Melissa Gilbert and Extra host Maria Menounos!

So without further ado – here are your contestants for the new season of DWTS – they include singers, actors, sports stars, actresses  and television hosts:

The cast and the pro-dancers are at Good Morning America for the announcement.  So we are not only going to find out which celebs are on the show but we will find out who they are paired with.

What are your thoughts on casting the next season?  Sound out in the comments below and let us know your thoughts!