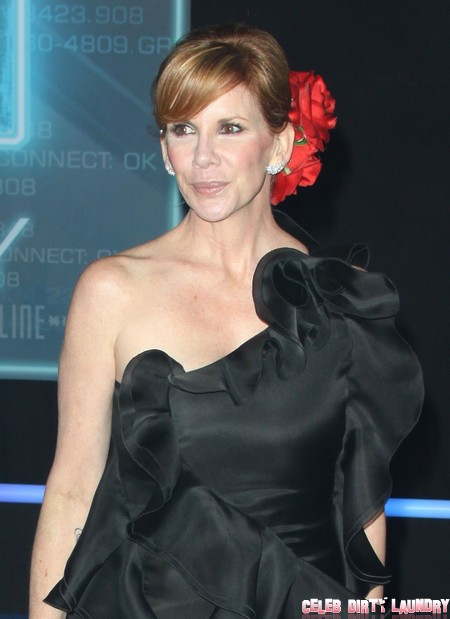 It looks like Melissa Gilbert dodged a bullet, even though she doesn’t think so – yet.  The television favorite met Thierry Gauchet last New Year’s Eve in Paris and fell hard. Her lengthy marriage to Bruce Boxleitner had crumbled and the middle aged star likely needed a confidence boost so this clown fit the bill. The French playboy cheered Melissa on during her not-so-great stint on Dancing with the Stars last spring and she thought her relationship with Thierry was going to turn into the real deal.

Melissa recently moved out of the home that she had once shared with Bruce and into a much smaller LA pad. Thierry came to visit and didn’t like what he saw. According to The National Enquirer,

“After he got a good look at the house, Melissa said he just stood there for a while,” revealed a source. “When he finally said something, it was, ‘Hmmm, awfully quaint’ – and then he left! And that was the last time she saw him!  Melissa has been crying and sleeping a lot and turning to family and friends for solace,” confided the source. “It dev­astated her because she thought they might get married one day.”

Apparently after some time had passed that’s when her friends started to get real with Melissa. They’d believed that Thierry was using her for her fame right from the get-go. They suspected he saw her as a one way ticket to a green card and a life of luxury- until he saw her new home. Then he realized that he had set his sights lower than he had originally realized. According to the Enquirer’s source Thierry, who is 6 years younger than Melissa, also treated her badly. Not only did he complain about her dog and her son, but he also referred to her as ‘grandma’!

Melissa is obviously better off without this clown. Do you think she latched on to him because it was nice to have the attention of a younger man after her divorce? Did that skew her judgement? Tell us your thoughts below!